State of emergency declared in Australia's capital region due to fires 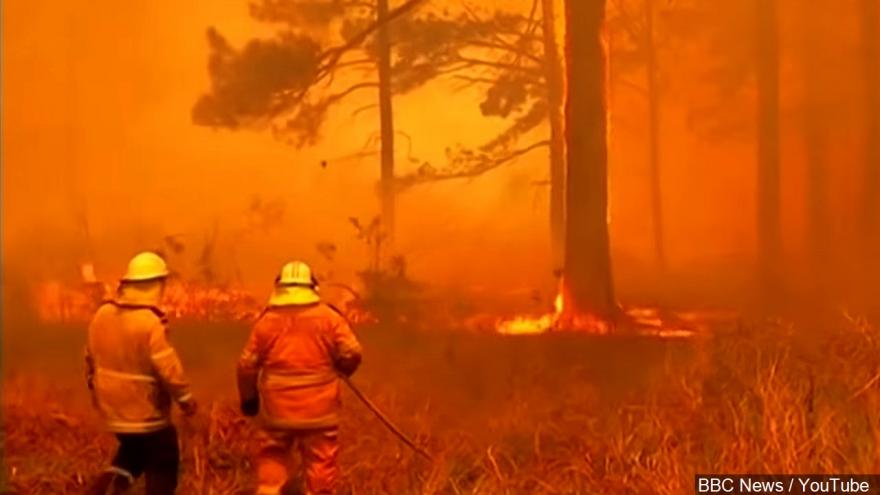 (CNN) -- A state of emergency has been declared in Australia's capital city of Canberra as bushfires move rapidly in the area, according to authorities from the Australian Capital Territory (ACT).

Canberra is on high alert as fires now encompass nearly 8% of the total landmass of the entire region, the territory's Chief Minister Andrew Barr said at a Friday news conference.

"The ACT is now facing the worst bushfire threat since the devastating fires of 2003," Barr said of the southeastern region, which is home to more than 390,000 people.

"The combination of extreme heat, wind and dry landscape will place suburbs in Canberra's south at risk in the coming days," he said, adding that "this fire may become very unpredictable, it may become uncontrollable."

The decision declaring the state of emergency was based on predictive mapping of the bushfires from January 31 to February 2, according to a statement by ACT's government.

It urged the public to "complete their Bushfire Survival Plan, even if you are not in immediate danger."

Since the fire season began in late July, large swaths of Australia have been devastated by the worst bushfires in decades.

More than 20 people have been killed and millions of acres of land have been destroyed. The state of New South Wales is the worst-affected state, with thousands of homes destroyed or damaged.

Ecologists at the University of Sydney estimate that more than 1 billion animals have been affected across Australia -- meaning killed, displaced or without food or shelter.