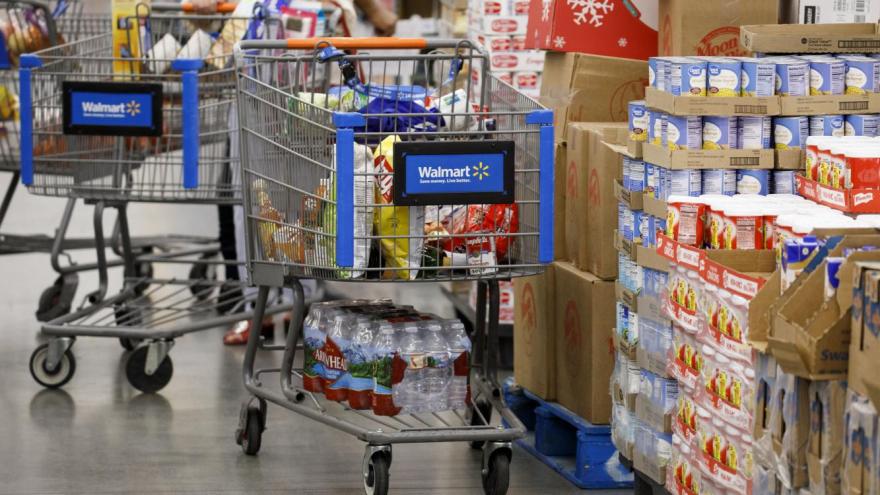 The District of Columbia and New York state filed a lawsuit along with 13 other states and New York City against the US Department of Agriculture on Thursday challenging new Trump administration regulations that will require more food stamp recipients to work in order to receive benefits.

(CNN) -- The District of Columbia and New York state filed a lawsuit along with 13 other states and New York City against the US Department of Agriculture on Thursday challenging new Trump administration regulations that will require more food stamp recipients to work in order to receive benefits.

The move is a key part of the administration's efforts to overhaul the Supplemental Nutrition Assistance Program, as the food stamp program is formally known. The new requirement, set to go into effect in April, limits states' ability to waive existing work mandates and could result in 688,000 people losing assistance, according to the USDA.

Citing a federal statute against agency actions that are "arbitrary, capricious, an abuse of discretion, or otherwise not in accordance with law," the lawsuit alleges that "the Rule conflicts with the federal statute, the purpose of SNAP, and the clear intent of Congress to alleviate hunger and malnutrition while maintaining States' flexibility."

A spokeswoman for the USDA said the agency does not comment on pending litigation. When the rule was announced in December, Agriculture Secretary Sonny Perdue said in a statement that it "lays the groundwork for the expectation that able-bodied Americans re-enter the workforce where there are currently more job openings than people to fill them."

"We need to encourage people by giving them a helping hand but not allowing it to become an indefinitely giving hand," he added. "Now, in the midst of the strongest economy in a generation, we need everyone who can work, to work."

USDA unveiled the proposed rule on the same day that President Donald Trump was slated to sign the 2018 Farm Bill, which had included and ultimately dropped similar stricter work requirements -- a point that Trump mentioned when signing it.

Working-age adults without dependents or disabilities are already required to have jobs under the food stamp program, and can receive benefits for only three months out of every 36-month period unless they are working or participating in training programs 20 hours a week.

Currently, states can waive the work requirement for areas where unemployment is at least 10% or there is an insufficient number of jobs, as defined by the Department of Labor. The new rule would make it harder for states to receive those waivers by tightening the definition of areas where there are insufficient jobs, narrowing the geographic areas of waivers and limiting their duration, among other provisions.

DC Attorney General Karl Racine said in a statement that "we are bringing this lawsuit to protect SNAP recipients nationwide and to check an administration that is attempting another end-run around Congress to advance its heartless agenda."

He pointed to how in 2018, the then-Republican-majority Congress opted not to pursue stricter work requirements for food stamps because "they do not encourage work -- they just punish vulnerable people struggling to find jobs."

He and New York Attorney General Letitia James both asserted that the rule would result in higher health care costs.

"The federal government's latest assault on vulnerable individuals is cruel to its core," James said in a statement, adding that "states will have to grapple with rising healthcare and homelessness costs that will result from this shortsighted and ill-conceived policy."

CORRECTION: This story has been updated to correct how many states are suing the USDA.