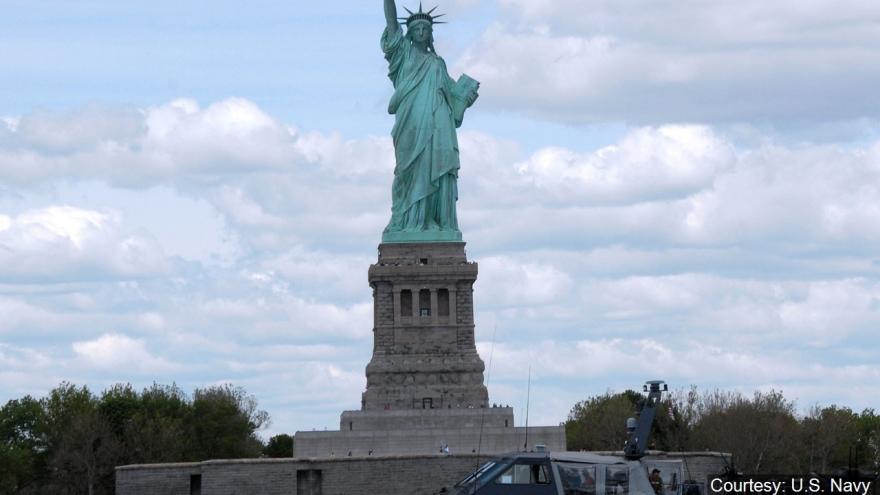 (CNN) -- The Statue of Liberty is the latest tourist attraction to take measures to prevent overcrowding.

The statue, which sits on New York City's Liberty Island, is one of New York's most visited attractions.

To prevent overcrowding, commercial private tours of the Statue will be banned. Though only about 4% of travelers use tours like these instead of arranging visits on their own, these large groups often result in overcrowding, blocked pathways and exhibits and other issues.

In the past 10 years, there's been a 600% increase in commercially guided tours, reports the National Park Service, which manages the site.

"Commercial guided tours add to the congestion in these identified areas and prevent the free flow of visitor movement and impact public programs and the visitor experience," a representative for the Statue of Liberty Park, a national monument managed by the National Parks System, told CNN Travel in a statement.

"The new restrictions are no different to policies in place at highly visited cultural institutions in and around New York City such as the 9/11 Memorial & Museum and busy National Park Service sites across the nation including Independence National Historical Park in Philadelphia and Golden Gate Recreation Area (including Alcatraz) in San Francisco."

One of the new restrictions is that commercial guided services are not permitted inside the new Statue of Liberty Museum and the sixth-floor pedestal observation level of the Statue of Liberty on Liberty Island, as well as inside the National Museum of Immigration at Ellis Island.

An exception to the rule is during inclement weather, such as hailstorms or sleet, when leaders of these groups are allowed inside the baggage room at the Museum of Immigration to give their guests a basic site orientation.

The new guidelines go into effect on May 19.

Why that date? It happens to be when the brand-new Statue of Liberty Museum opens to the public on Liberty Island. The museum will be home to the Statue's original torch, which has not been on public display since the 1980s.

In addition to being one of the United States' most iconic landmarks, the Statue -- full name Liberty Enlightening the World -- was added to the UNESCO World Heritage list in 1984.

Not everyone is meeting the Statue of Liberty news with open arms, however. Several tour guides have spoken up about the new ruling, saying they were not given time to come up with a backup plan or work on an agreement that suited all parties.

One longtime guide, Tom Bernadin, told The New York Times that "this is basically ending my career, if they enforce this."