Stephen Biegun sworn in as Pompeo's deputy at State Department 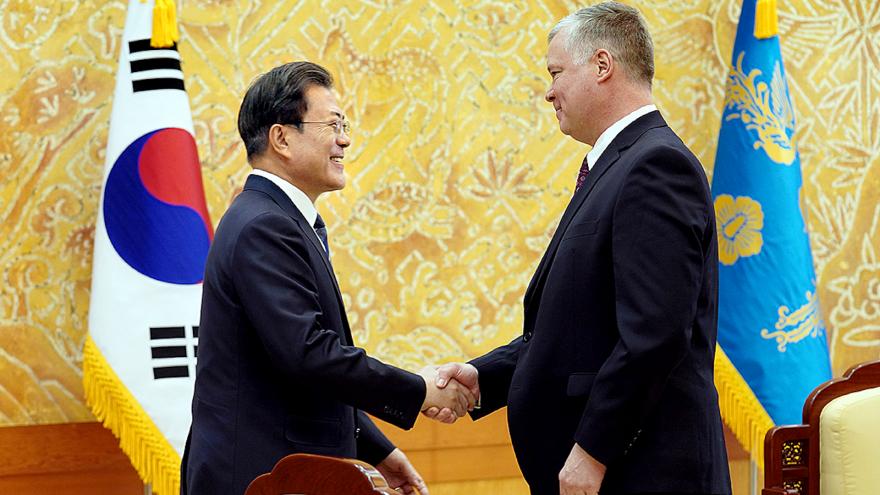 (CNN) -- Stephen Biegun on Saturday was officially sworn in as deputy secretary, taking on the number two position at the State Department amid intense speculation about Secretary of State Mike Pompeo's political ambitions.

"It's official: Stephen Biegun is the new Deputy Secretary of @StateDept. Honored to swear him in today. As I've said before, he's exactly what we need to maintain our momentum executing a foreign policy that advances America's interests and ensures our security," Pompeo tweeted.

In numerous interviews, Pompeo has downplayed the prospect of a Senate bid, despite his frequent trips to his home state of Kansas this year and vocal support from Senate Majority Leader Mitch McConnell.

Should Pompeo decide to run and leave his post, Biegun would step in as the top US diplomat in an acting capacity.

Biegun will move into the deputy secretary role as the department continues to deal with the fallout of the House impeachment inquiry, which ensnared numerous State Department officials.

The Senate voted overwhelmingly Thursday to confirm Biegun as the next deputy secretary of state. The vote was 90-3. Sens. Kirsten Gillibrand, Ed Markey and Mazie Hirono -- Democrats from New York, Massachusetts and Hawaii, respectively -- voted against his confirmation.

Biegun currently serves as the US special representative for North Korea, a role to which he was appointed in August 2018.

Prior to joining the Trump administration, Biegun worked as vice president of international governmental relations for Ford Motor Company, according to his State Department biography. In addition to his private sector work, Biegun has served in a number of foreign policy and government roles, including as national security adviser to then-Senate Majority Leader Bill Frist, a Tennessee Republican, as well as executive secretary of the National Security Council and chief of staff of the Senate Foreign Relations Committee.