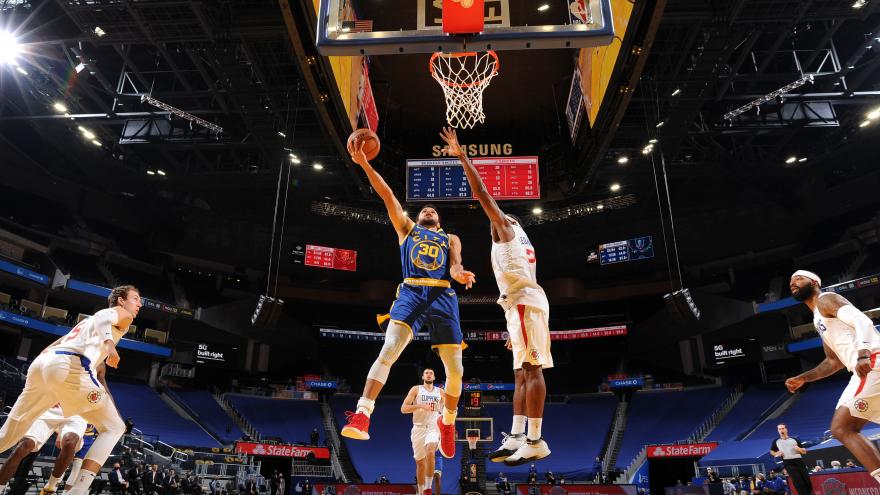 Noah Graham/NBAE/Getty Images-Stephen Curry shoots the ball during the game against the LA Clippers.

(CNN) -- The Los Angeles Clippers found out just how hot Stephen Curry can be after allowing the Golden State Warriors to come from a 22-point deficit.

It's not like NBA fans have not seen this kind of performance from Curry before, but Friday night felt like the Warriors star was on another level.

Curry hit 9 of 14 three pointers, giving him his highest three-point shooting average of the season so far. He also scored 38 of the Warriors 115 points along with 11 assists, three steals, and 100% of his free throws.

"He's making shots that you be like, 'Whoa!'" Warriors player Andrew Wiggins told ESPN. "There's not a lot of shots that he can't make. As soon as he steps over half, he's a threat, so he causes a lot of attention. So when he gets rolling, you just sit back and watch and let him roll."

To make things more impressive, Curry is now 141-39 over his career when he scores 30 points or more.

"If I can create shots and create momentum scoring the basketball, there's probably going to be some more attention my way," Curry told ESPN. "And they know that I'm going to try and make the right play at all times and get going and get guys opportunities."

This game was Curry's second most impressive game in the 2021 season so far, next to his 62-point performance against the Portland Trail Blazer on January 3.