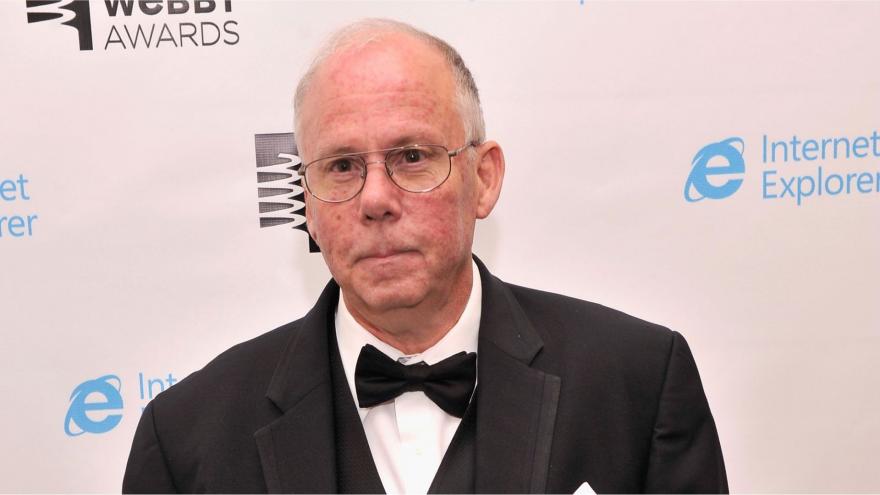 For these and millions more GIFs, we have Stephen Wilhite to thank.

GIFs, those looping animated images, are a universal language -- when words fail, a clip of a cool cat spinning beats on a turntable or Homer Simpson slowly backing into a hedge should do the trick. Wilhite may not have known it when he created the first GIF in 1987, but his memes in motion would go on to rule the internet from the days of Web 1.0 to the present, and likely for years to come.

Wilhite, whose humble GIF changed the way we communicate online (and made it more fun), died March 14. His wife, Kathaleen, told CNN that Wilhite died from complications of Covid-19. A stroke he had a few years ago had weakened his right lung, she said. He was 74.

How Wilhite created the GIF

In the 1980s, Wilhite, then a developer at online service provider CompuServe, and his team were tasked with overcoming slow dial-up speeds, incompatible computer systems and images that were too large to send to another user efficiently, especially color images, according to Smithsonian Magazine.

In 1987, Wilhite figured out how to compress images so they wouldn't lose their sharpness, would load quickly and could appear on any computer -- and the Graphics Interchange Format, or GIF, was born.

The very first GIF was of a clip art airplane soaring through a pixelated sky.

Initially, GIFs were still images. But Wilhite had the foresight to make GIFs "extensible," so developers across the web could add custom information to their own GIFs, Wired reported in 2017. Animated GIFs became popular beginning in 1995 -- and from there, GIFs took on a life of their own.

When GIFs ruled the internet

Early GIFs weren't pretty, but that was part of their charm. Websites would use flashing "under construction" signs to heed visitors that their work was incomplete, Vox reported upon the GIF's 30th anniversary in 2017. The aforementioned dancing baby, clad in only a diaper but groovin' anyway, was one of the very first pieces of internet ephemera to go viral. Another dancing GIF, this time an enthusiastic banana, became ubiquitous in the early 2000s.

GIFs fell out of favor for a few years until the dawn of social networks like MySpace allowed users to implement GIFs all over their profiles. Tumblr made it easier to create and widely distribute specific GIFs, many of them moving screengrabs of notable pop culture moments.

Now, GIFs for nearly every occasion are easy to make or find with a few clicks -- Twitter lets users search for them when they're composing a tweet, and sites like Giphy are living encyclopedias of all the GIFs the internet has ever used.

Wilhite on how to pronounce "GIF"

Wilhite retired in 2001 after having a stroke the previous year, the New York Times reported in 2013. He mostly enjoyed life offline, as detailed in previous reports, preferring to camp and spend time outdoors with his family.

A true netizen, he eschewed most interviews and public appearances until 2013, when he was honored with a lifetime achievement award at the Webbys, awards presented by the International Academy of Digital Arts and Sciences to people who've impacted the internet.

In lieu of a speech, he instead accepted the award with a GIF, soundtracked to Strauss's "Also sprach Zarathustra": "IT'S PRONOUNCED 'JIF' NOT 'GIF.'"