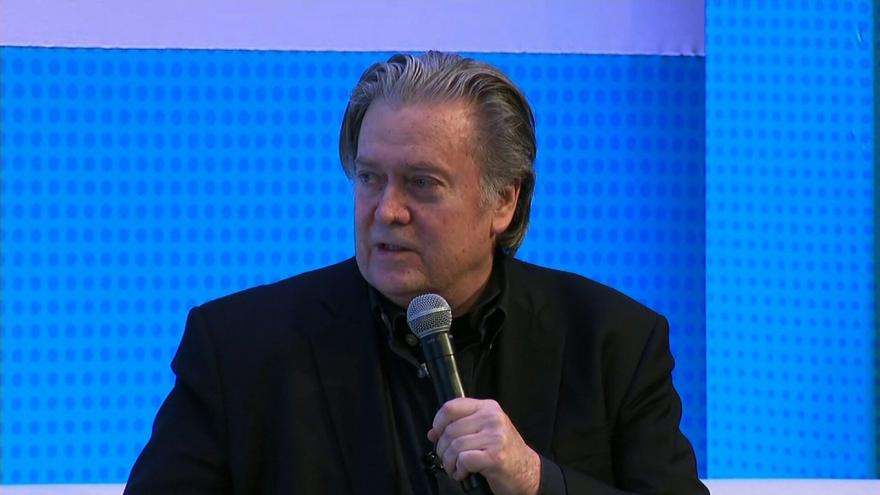 A high-powered attorney representing Steve Bannon moved to withdraw from representing the former White House chief strategist in a criminal fraud case one day after Bannon suggested in a video that Dr. Anthony Fauci and FBI Director Christopher Wray should be beheaded.

(CNN) -- A high-powered attorney representing Steve Bannon on Friday moved to withdraw from representing the former White House chief strategist in a criminal fraud case one day after Bannon suggested in a video that Dr. Anthony Fauci and FBI Director Christopher Wray should be beheaded.

On Thursday, Twitter permanently suspended a Twitter account associated with Bannon in which he falsely claimed President Donald Trump had won reelection, despite several key states still being too close to call, and said, "I'd put the heads on pikes. Right. I'd put them at the two corners of the White House as a warning to federal bureaucrats. You either get with the program or you are gone."

In a letter filed Friday in federal court in Manhattan, William Burck, Bannon's attorney, asked for an adjournment to a status hearing on Monday in his criminal case. The Judge granted the request and rescheduled the hearing for December 2.

"Mr. Bannon is in the process of retaining new counsel, and Quinn Emanuel intends to move to withdraw. As a result, Mr. Bannon respectfully requests that the status conference in this matter be adjourned for three weeks so that he may formally retain new counsel, Burck wrote.

Burck, a highly-regarded Republican lawyer who served in the George W Bush administration, had represented Bannon during special counsel Robert Mueller investigation into Russia's interference into the 2016 presidential election.

Bannon retained Burck after he and three others were indicted over the summer and charged with defrauding investors in a crowd-funding effort called "We Build The Wall" to raise money for a border wall. They have pleaded not guilty.