Steve Bannon: Time's Up is most powerful political movement 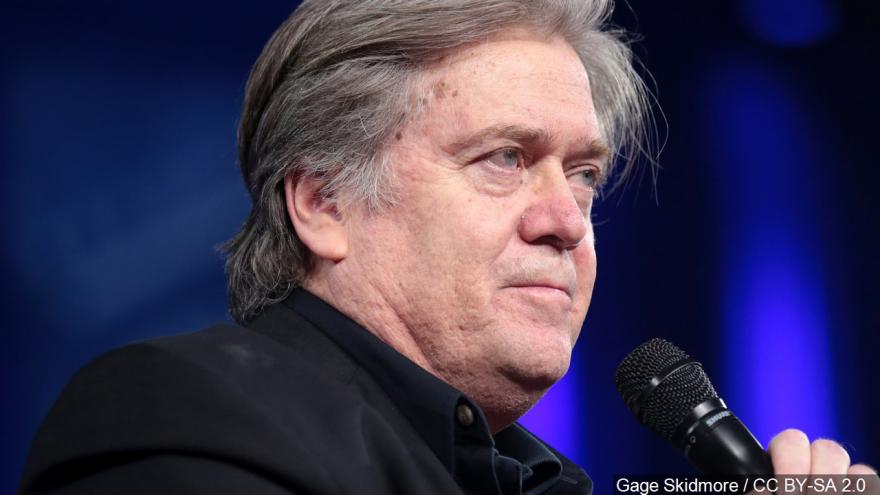 Steve Bannon says he thinks Time's Up is "the single most powerful potential political movement in the world."

Bannon spoke Saturday in New York during an ideas festival sponsored by The Economist.

His comments came the same week Les Moonves (MOON'-vehz) stepped down as head of CBS Corp. and the network fired "60 Minutes" executive producer Jeff Fager. Both men deny sexual misconduct allegations against them.

Asked about Time's Up, Bannon said: "I'm quite shocked that the #MeToo movement hasn't cut through corporate America with a bigger scythe, because I think there's a lot of potential there."

Time's Up is a movement against sexual harassment that Hollywood celebrities created last year.