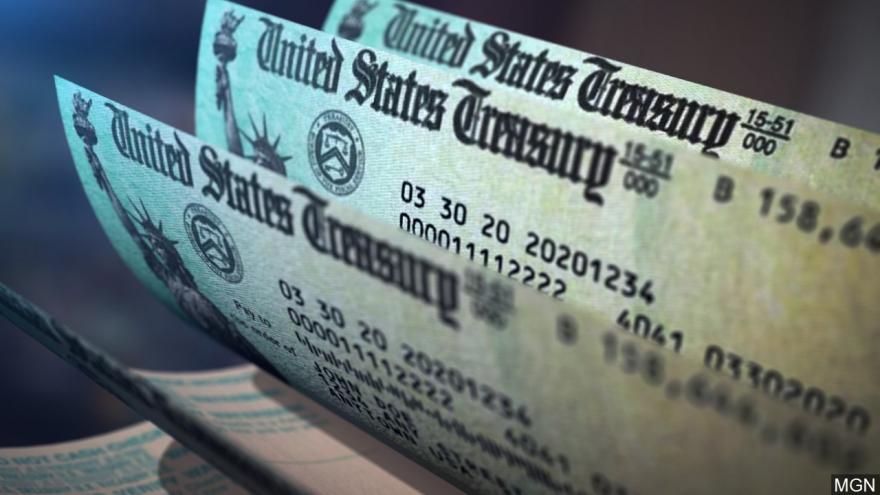 (CNN) -- The Internal Revenue Service reports it has distributed additional stimulus cash to millions of people who lost income during 2020 and qualified for more than they had originally received.

Known as "plus-up" payments, the money goes automatically to people whose 2020 tax returns show they missed out when the first two rounds of checks -- which were sent based on 2019 tax filings -- went out.

More than 1 million of these payments have gone out over the past two weeks, totaling $2.5 billion. The IRS said it has delivered more than 8 million of the supplemental payments this year.

Another 900,000 payments went out over the past two weeks to people whom the IRS did not previously have enough information for but who recently filed tax returns. Many of those are very low-income people who aren't normally required to file tax returns because their incomes fall below the filing threshold. They were encouraged to file this year to claim the stimulus money they are eligible for.

The IRS will continue to send out "plus-up" payments to those who recently filed tax returns on a weekly basis. More than 169 million households have received stimulus money this year to date.

Who gets a third stimulus payment?

The third round of payments, which was authorized by Congress in March, are worth up to $1,400 per person and expected to reach 85% of households, according to the White House.

More cash on the way for families with children

The latest pandemic aid package also increased the size of the child tax credit and called for it to be sent out in periodic payments that will begin to go out on July 15.

The IRS has started sending letters notifying more than 36 million families who, based on tax returns, may be eligible for the child tax credit payments. Most won't have to do anything to receive the money, which will be based on information provided on the 2020 or 2019 tax returns. An online portal will be made available later in the summer that will allow families to update information regarding their incomes, number of children and bank accounts.

The enhanced portion of the credit will be available for single parents with annual incomes up to $75,000 and joint filers making up to $150,000 a year.

Congress also made the child tax credit fully refundable so more low-income families can benefit. Previously, if the credit exceeded the taxes owed, parents could receive only up to $1,400 as a refund. These households also must have earned income of at least $2,500. The change could make 20 million more children eligible.