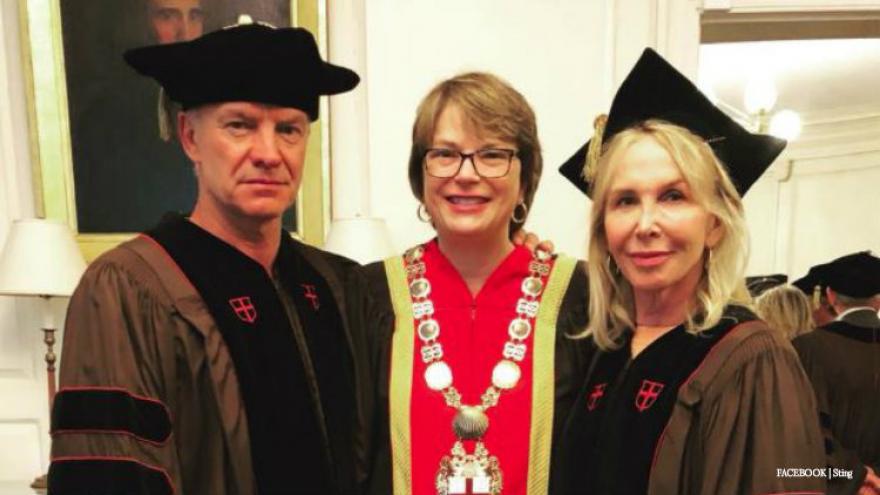 PROVIDENCE, R.I. (AP) — English musician Sting sang "My One and Only Love" at Brown University after he and his wife Trudie Styler accepted honorary degrees.

Brown presented them with the degrees Sunday at its 250th commencement. Nobel Prize-winning physicist J. Michael Kosterlitz was among the other honorees.

Sting in 1977 formed the pioneering British rock band The Police with Stewart Copeland and Andy Summers. He and Styler co-founded an environmental organization, the Rainforest Fund, to protect the world's rainforests.

The university conferred a total of 2,795 degrees to undergraduate, graduate, medical and honorary students.

Before commencement, students walked from the Brown campus to the First Baptist Church in America. Located in Providence, it's the oldest Baptist church congregation in the U.S.