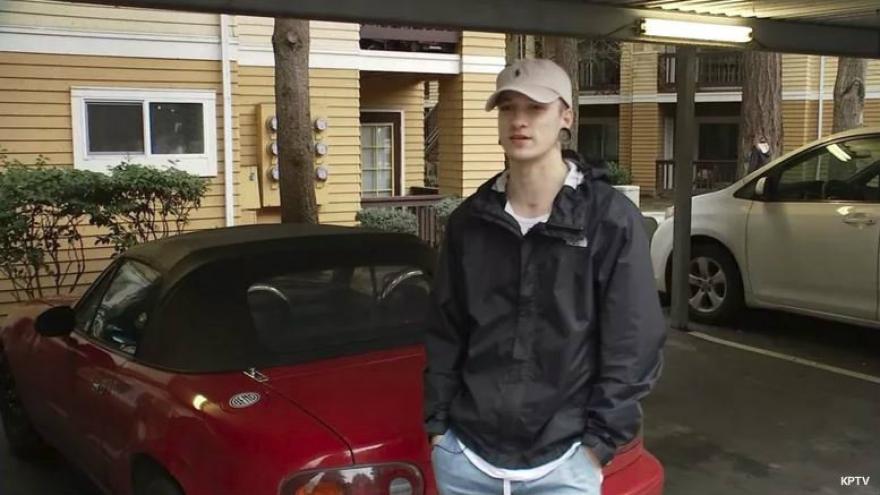 VANCOUVER, WA (KPTV) -- A Vancouver man battling cancer was in for another fight when he discovered his car was stolen.

Daniel Noble, 20, was recently diagnosed with lymphoma and relied on his car to get to appointments. But over the weekend, Noble walked out of his apartment and found the space for his car empty.

Thankfully, Noble's story spread on social media, and just a few days later, two men spotted his car off of Southeast 148th and Powell in Portland and called police.

The men parked behind the car and waited for police to arrive but the thief did first.

Noble says the two men stopped the thief from taking his car again and he was able to get his car back.

"It's just an old 90's Miata, but to me it's a lot more than that," said Noble. "I've been going through chemo for the last month, and seeing my car gone was something I really did not need at the time. I feel so blessed to have it back."

Noble says police have the suspect's phone because he left in the car before running off.