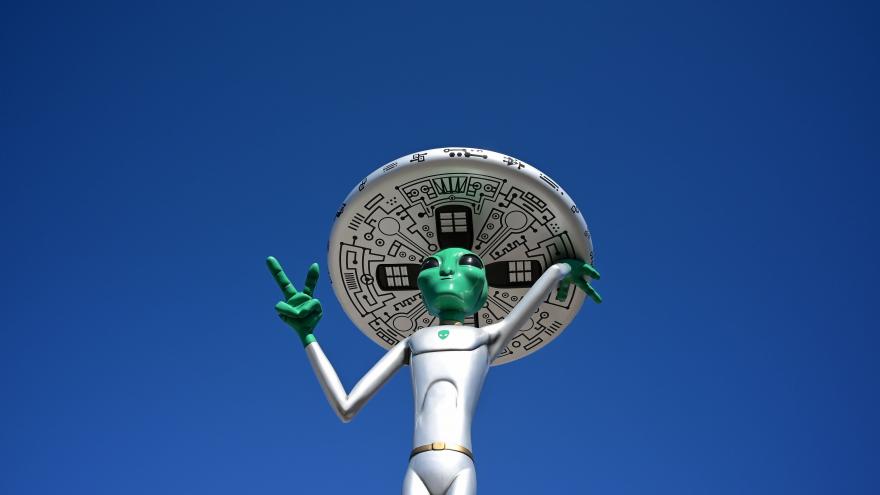 That's what event creator Matty Roberts was worried the AlienStock music festival in southern Nevada was going to turn into, so he's pulled out of proceedings, with just over a week to go.

"Due to the lack of infrastructure, poor planning, risk management and blatant disregard for the safety of the expected 10,000+ AlienStock attendees, we decided to pull the plug on the festival," Roberts and his team announced via the AlienStock website. "We are not interested in, nor will we tolerate any involvement in a FYREFEST 2.0."

Back in July, Roberts' joke Facebook event "Storm Area 51, They Can't Stop All of Us" went viral, with two million people worldwide clicking that they were "Going" to the highly classified US Air Force facility in Rachel, Nevada, to "see them aliens."

Area 51 has long been a source of fascination for conspiracy theorists, who believe it's where the US government keeps its UFO booty and performs experiments with extraterrestrial lifeforms and technology.

As the event gained traction, and the Feds got antsy, Roberts changed tack and instead started promoting the Alienstock Festival, a music festival celebrating aliens to be held in Rachel the same weekend as the original "Storm Area 51" event on September 19 to 22.

"I'm trying to advocate against the storming as much as I can," Roberts told CNN in August (see video embedded below). "I just want a gathering of all these weirdos in the desert."

Rachel has a population of around 90 people and there's just one business in town, the Little A'Le'Inn, with restaurant seatings for 40 and bedrooms for 10.

In August, Connie West, owner of Little A'Le'Inn, who'd rolled up her sleeves to become an organizer of AlienStock, admitted to CNN that the scramble to provide enough food, security and free water for the expected masses of up to 20,000 people was "terrifying." She added, "You don't want your parents to have to bury you."

In the same month, a US airforce spokesperson told CNN that "any attempt to illegally access military installations or military training areas is dangerous."

Roberts' team has now announced on the AlienStock website that, following a breakdown in relations with West and serious concerns about "a possible humanitarian disaster in the works," they were "officially disconnecting from Connie West, Rachel NV and AlienStock's affiliation with them."

As an alternative, Roberts' team is now promoting a free Area 51 Celebration party at the Downtown Las Vegas Event Center on September 19, featuring EDM artists originally on the bill for AlienStock.

Although West had thrown her weight behind the festival, plenty of Rachel residents weren't so taken with the idea. In August, CNN reported that the town's website warned that "The residents were not asked and are not on board and will certainly not allow their town to be taken over. This has a high potential of getting ugly. Please consider visiting at another time."

It seems an event of sorts may still go ahead, though it's unclear how many people will still turn up in Rachel the weekend of September 20.

In June 2019, a poll conducted by YouGov found that 54% of US adults think it's likely the US government knows more than it's telling about UFOs, so it seems the majority of Americans do believe the truth is out there.

Connie West has rallied, telling CNN on September 10 that she has 20 acts and two comedians booked and that the show will still go on at Little A'Le'Inn.

The Rachel, Nevada website has been updated with the announcement that Roberts has pulled out, stating, "If any event still happens it is going to be a pretty sad affair with no bands, very little infrastructure and a lot of unhappy campers."