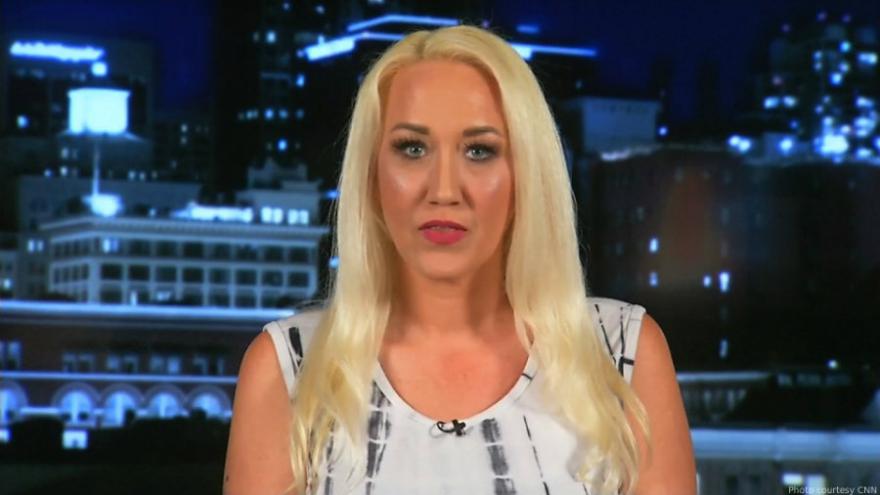 Alana Evans first told the Daily Beast that she plans on filing the claim "by the end of the month," and she confirmed to "CNN Tonight" Monday evening that the claim is in relation to Cohen's response to her story attempting to corroborate Daniels' alleged affair with Trump.

"Without mentioning me by name, it was a direct response to my story calling me 'fake news,' saying that the allegations were completely untrue and that the details of my story were untrue," Evans told CNN.

Earlier this year, Evans told the Daily Beast that Daniels invited her to a hotel room with Trump while in Nevada but that she decided not to go, and that "Daniels confided in her that she and Trump were more than just friends." Daniels also allegedly described her "tighty whities" encounter with Trump the next day.

Cohen and his legal team responded to the claims, denying the story, though he didn't name anyone in his response, according to the Daily Beast. Evans says the statements tarnished her credibility with her fans.

CNN has reached out to Cohen for a response.

Evans' announcement about her intention to file came the same day Daniels filed a defamation suit against Cohen.

Evans' claim adds to the legal battle between Daniels and Cohen, Trump and the limited liability company Cohen created to pay her $130,000 ahead of the 2016 election as part of a "hush agreement" to keep quiet about the alleged affair. Daniels said she was pressed to sign the document and her legal team now says the agreement is invalid because it was never signed by Trump.

Evans also told CNN on Monday that she's unaware of any evidence Daniels' legal team may have "that would fit on a disc," but said she knows "Stormy still has the dress that she wore that night."