Stranger donates car to mother after carjacking suspect crashes into her 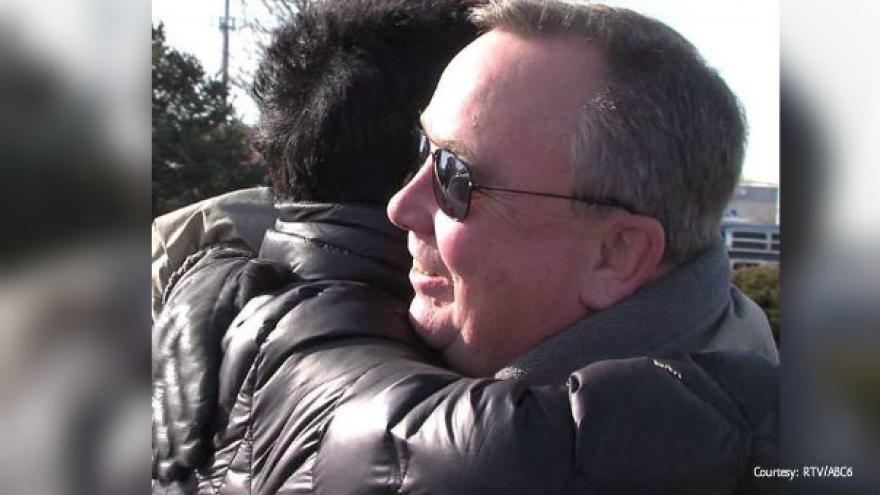 Lawrence, Indiana (WRTV) -- After a carjacker on the run crashed into a mother of four, leaving her without transportation to get to work, a complete stranger stepped up and offered to give her his late wife's car.

"I got up this morning and I said 'Lord, what am I gonna do. How am I gonna get to work?' I was just going to play it day by day," said Nikki Epperson. "Just for you to come ring my doorbell and tell me that someone has a car for me - there are caring people out there."

Epperson was driving home from her job at the VA on Tuesday when a speeding Mustang slammed into the side of her Chevy Malibu at the intersection of 46th Street and Mitthoefer Avenue.

The driver of that Mustang, Jesse Scarsbrook, was leading police on a chase after robbing a nearby business. After crashing into Epperson, Scarsbrook got into a gunfight with officers and then carjacked another vehicle with two women inside before speeding off. He later crashed and was killed during a second gunfight with police.

Epperson said her car was taken to the crime lab and she was left without transportation to get her to work or take her children anywhere they needed to go.

But after RTV6 aired her story on Wednesday, a Good Samaritan named Dan contacted us and wanted to help her.

"My wife just passed away last month and I have an extra car," said Dan. "It's been a tough couple of months for me, but this makes me feel really good."

Dan told Epperson in the spirit of the holidays he wanted to sign the car over to her, so she could have a way to get to work.

"This is what you call a Holiday miracle," said Epperson. "In the midst of it all - God sent me an angel."

Dan said he saw Epperson's story on RTV6 and knew he could help.

"This young lady was saying she was going to have a hard time getting to work. Anybody who works hard we should try to help them out as much as we can," said Dan.