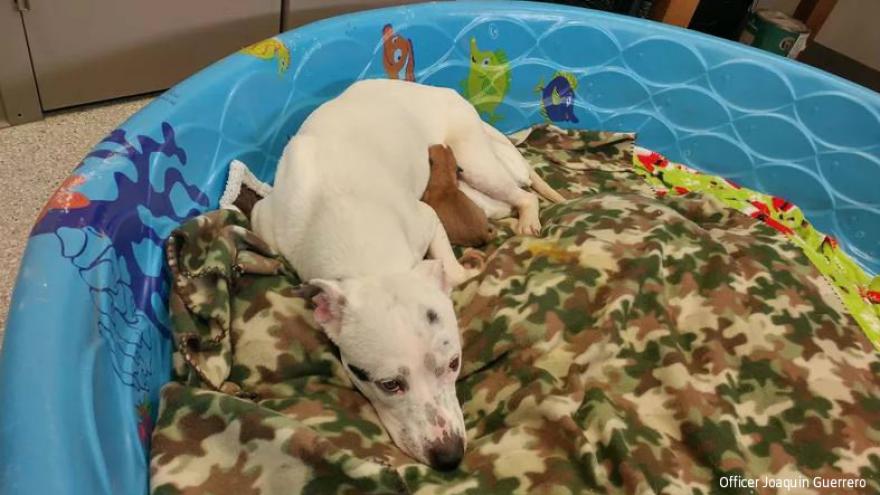 Saginaw County, Michigan (WNEM) -- A stray dog is helping to nurture five puppies after their mother died during labor.

Saginaw County Animal Care and Control Officer Joaquin Guerrero said he and Officer Anthony Trevino responded to a call Wednesday about a dog having trouble giving birth to her puppies.

The officers took the mother dog to Cole Veterinary Hospital, but sadly she passed away. Veterinarian personnel worked vigorously to save her babies.

Five out of the nine pups survived.

“Those five were checked and in good health,” Guerrero said.

With the puppies’ mother no longer alive, the officers were left

“Back at the shelter we had a dog that came into the shelter as a stray and had given birth to some puppies, but had gotten separated from them,” Guerrero said.

The puppies were taken to the shelter where the dog, named Mamba, began caring for them as her own. Staff at the Saginaw County Animal Care and Control Center will help feed and take care of the puppies until they can be weaned off milk.

Guerrero said the five pups will first go into Freeland Correctional Facility to be raised and trained by the prisoners as part of the animal shelter’s Iron Paws program.

The program formalizes obedience training for shelter pets to give them a better chance of adoption.