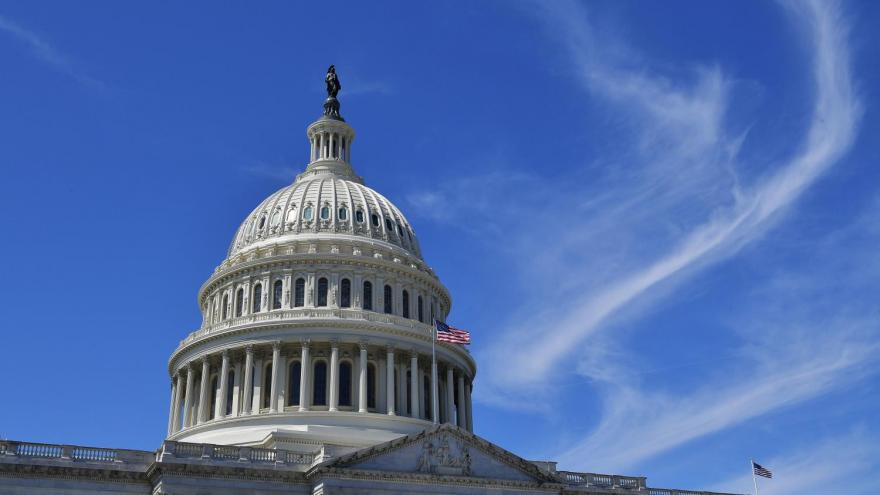 Strip clubs and lobbyists are suing the federal government to try to get access to coronavirus stimulus dollars.

(CNN) -- Strip clubs and lobbyists are suing the federal government to try to get access to coronavirus stimulus dollars.

In three separate lawsuits, they say they were ineligible for loans because of the types of business they run, alleging the stimulus law is infringing on their free speech and other constitutional rights.

The owners of Little Darlings strip club in Flint, Michigan, and Silk Exotic Gentlemen's Clubs in Milwaukee and Middleton, Wisconsin, brought lawsuits over the past few days against the US Small Business Administration because the businesses applied for but cannot get loans under the $2 trillion financial relief bill passed by Congress in late March. The American Association of Political Consultants and the Denver-based political firm Ridder/Braden Inc. filed another suit in Washington, DC's federal court on Tuesday, also against the Small Business Administration.

"Covid-19 is not just ravaging the health of Americans, it is also ravaging the Nation's economy," the political operatives wrote in their court papers. "The government does not have a legitimate interest during this global pandemic in preventing small businesses from obtaining much needed cash to cover payroll and health insurance for their employees just because these small businesses exercise fundamental constitutional rights."

Many small businesses are eligible for up to $10 million each through the stimulus loan program.

But in addition to sex-related venues and political advocates, a handful of niche types of businesses cannot access the loans. Other organizations barred from the program include some types of nonprofits, some types of private membership-based clubs and religion-promoting businesses.

Yet those businesses say they're suffering.

The strip clubs say they had to close in mid-March because of stay-at-home orders from their governors. They then applied for SBA loans but were denied or expect to be denied, the lawsuits said. Even if the businesses are eventually allowed access to the loan program, the owners worry stimulus funds may be gone by then.

The political consultants hadn't applied for loan money because they are ineligible, their lawsuit said.

If the strip clubs don't get access to the federal funding, "They may lack the staff and/or funds to reopen following the COVID-19 pandemic," the Silk lawsuit in Wisconsin said.

The Silk clubs shouldn't be shut out from the loans because their entertainment is "non-obscene (and not prurient), appeals to healthy human interests and desires, and is in full compliance with the numerous licenses and permits," the club owners' attorney wrote to the federal court in Wisconsin.

Both strip club lawsuits claim that though their dancers are semi-nude or nude, the entertainment isn't against the law -- with the Michigan club noting some of its dancers are fully clothed.

Rick Ridder, one of the political consultants suing, noted the irony of how lobbyists, too, were shut out from the funding. "Everybody wanted a piece of the action, but it turns out the lobbyists didn't take care of themselves" when Congress passed the stimulus in late March, he said.

Ridder, a Democrat, is not the typical Washington operative. He and his wife have a small office next to the baseball stadium in Denver, and primarily do polling and consulting in Colorado state politics. Ridder's firm has worked for candidates up and down the ballot, including Colorado Democratic Gov. Jared Polis. He works as a lobbyist for only one client, a group that advocates reviving Colorado's gray wolf population.

So far, there are relatively few lawsuits in federal court against the SBA over the loan program, and these lawsuits are in their earliest stages before federal judges.

An SBA spokesperson declined to comment on the lawsuits on Tuesday because the agency doesn't discuss pending litigation.

Clarification: This story has been updated to reflect that only some types of nonprofits are excluded from the stimulus loans.