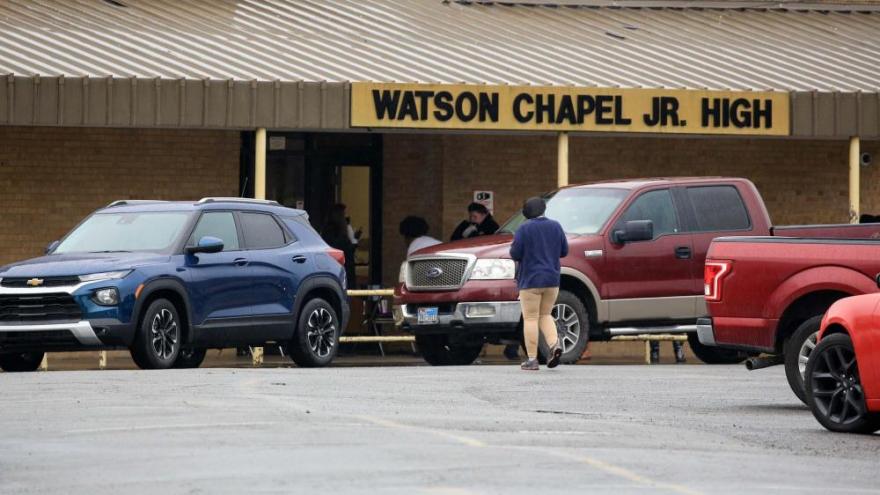 Police say a 15-year-old boy who was shot March 1, at a junior high school in Pine Bluff, Arkansas, has died from his injuries.

(CNN) -- A 15-year-old boy who was shot Monday at a junior high school in Pine Bluff, Arkansas, has died from his injuries, police said.

Monday's shooting happened at Watson Chapel Junior High in Pine Bluff, a city of about 43,000 people located about a 45-mile drive southeast of Little Rock.

A suspect -- also a 15-year-old boy who was a student there -- was taken into custody Monday after being found hiding behind a house near the school, police said.

The suspect was being held Monday in the juvenile justice center in Pine Bluff, authorities said. Formal charges had not been filed as of Monday.

The school was to reopen for classes Thursday, following two days of virtual instruction, the school system said Wednesday.