Study: By 2050, London's climate will be as warm as Barcelona's 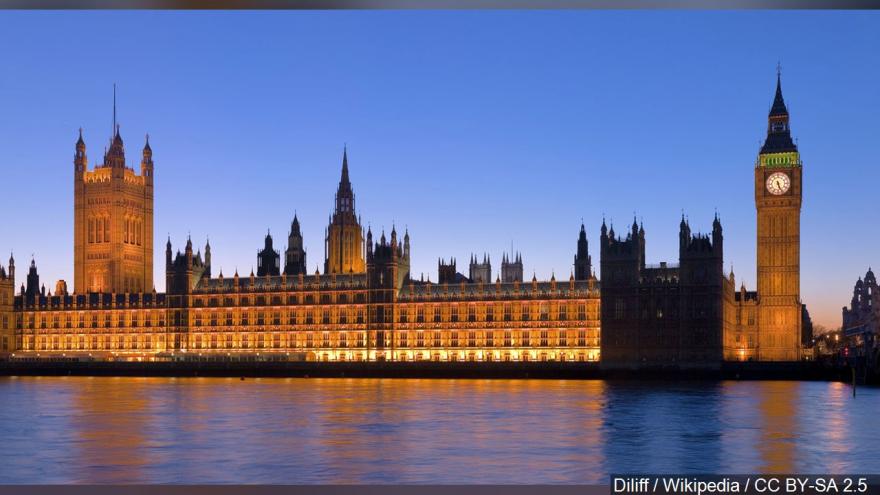 Palace of Westminster in London, England
By Jessie Yeung, CNN

(CNN) -- In 2050, London's climate will feel more like Barcelona's, according to a new climate change study.

If this sounds like a pleasant warming -- think again. London could be facing severe drought, as Barcelona did in 2008, when it nearly ran out of drinking water and reservoirs ran close to dry.

Hundreds of other major cities worldwide could be facing droughts, flooding, storms, and other climate catastrophes, said the study, which was conducted by the Crowther Lab at ETH Zurich university.

Some of these climate effects aren't even known or predictable yet -- a fifth of cities, including Kuala Lumpur, Jakarta, and Singapore, are facing conditions so extreme they don't currently exist anywhere in the world, according to the study.

Drawing these city-to-city comparisons can "help people visualize the impact of climate change in their own city, within their lifetime," said Jean-Francois Bastin, lead author of the study.

An estimated 77% of cities around the world will see their climate conditions drastically change, indicating "the global scale of this climate change threat and associated risks for human health," the study warned.

In London, for example, the warmest month will rise by 5.9 degrees (10.6 Fahrenheit), leading to a mean annual temperature rise of 2.1 degrees (3.8 Fahrenheit).

These might not sound like significant shifts, but warming temperatures could encourage the spread of infectious disease, endanger food security, and lead to water shortages, said Alex Lo, a senior lecturer in climate change at the Victoria University of Wellington in New Zealand.

"Even though they can't really predict with high confidence, my guess is the main conditions will concern temperature and water," said Lo.

The danger is different in tropical regions -- temperatures there won't rise by much, but the level of precipitation is expected to change significantly. Wet seasons will get wetter and dry seasons will get drier -- increasing the danger of droughts and floods.

Coastal cities are particularly at risk of flooding, which could damage buildings, displace residents, and threaten infrastructure like urban transportation systems, said Lo.

This trend of extreme wet and dry seasons is already visible in some countries like India, which is experiencing severe water shortages. This year, the monsoon rains that bring relief each year came weeks late in some places, prolonging nationwide droughts and leaving people scrambling for drinking water. Then when the monsoon rains do arrive, they come so fast and so heavy that cities flood, leaving dozens dead.

It might even be difficult for these tropical cities to prepare for a future of climate change -- of the 22% of cities that are facing unknown, currently non-existent climate conditions, 64% are in the tropics.

These new conditions could potentially lead to mass migrations as cities become unlivable, some experts say.

"Without the benefit of knowing that the new climate conditions are already liveable somewhere in the world, it is harder to know whether people will be able to adapt and stay in these cities, or whether they will eventually look to move elsewhere," Richard Betts, chair of climate impacts at the University of Exeter, told the Science Media Center.

This new study is the latest in a series of climate warnings from scientists and policymakers worldwide.

Just last month, a new UN report warned that more than 120 million people could slip into poverty within the next decade because of climate change, creating a "'climate apartheid' scenario where the wealthy pay to escape overheating, hunger and conflict while the rest of the world is left to suffer."

This is apparent in drought-hit Indian cities like Chennai and Mumbai, where wealthier families can afford to buy private water tankers -- while low-income residents must line up for hours outside to access government tankers.