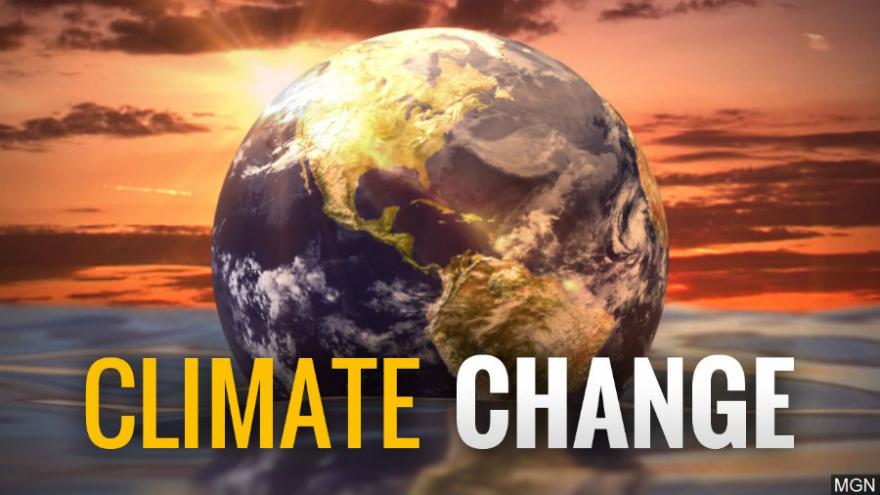 Orioles, eagles, grouse and gulls are among 389 types of bird -- 64% of 604 species assessed on this continent -- that are highly or moderately vulnerable to climate change, the study says.

The stark warning follows research published last month that showed the US and Canada had lost 2.9 billion birds in about the last 50 years.

The existential threat to birds also impacts humanity. As canaries warned coalminers of invisible death in the industrial era, now birds of every shape and size can be life-or-death alerts in the age of global warming.

But if humanity can somehow escape the proverbial coal mine in time and hold warming to the Paris Accord target of 2.7˚F, 76% of the most vulnerable species should survive, the Audubon study states.

"Our findings in this report are the fifth alarm in a five-alarm fire," says David O'Neill, Audubon's Chief Conservation Officer, in the study called Survival by Degrees: 389 Bird Species on the Brink.

He called for immediate action to slow the warming of the planet to save birds and much more.

Interactive: See how our planet has changed over time

"It's a combination of changes in temperature, precipitation and vegetation," says Brooke Bateman, Audubon's Senior Climate Scientist. "And birds are going to have to move and shift to keep up with these changes. And then on top of the range shifts, we also have the pressure of changes in sea level rise, urbanization, extreme weather events that are going to affect these species no matter where they go."

Formed in 1905, when the demand for feathered hats nearly drove Florida's wading birds to extinction, the National Audubon Society is one of the oldest conservation groups in the world. And thanks to the obsessive record-keeping of devout birders, Audubon scientists were able to draw from a database of 140 million records for its study of birds in Mexico, the US and Canada.

Using latest climate models from the Intergovernmental Panel on Climate Change, they examined the habitats of 604 North American species. Given projected increases in drought, heat, fire, rain and other factors, they found that 389 of the species studied would likely not survive in a world 3 degrees hotter.

Bateman was in second grade when she first heard the haunting call of the common loon on a lake in Wisconsin. That was her "spark bird" that awakened her to a "wonderful, wondrous world of birds."

"Last year I brought my 5-year-old daughter, and she got to hear the loon for the first time. And it's like magic, you see it on their face."

But as a vivid example of what science calls "shifting baseline syndrome," her daughter's daughter may never have the same experience.

"(The loon's) range is going to completely shift out of the US with climate change," Bateman says. "So you'll no longer be able to go to that same place, and hear that bird call anymore."

And more alarming than the loss of songs and flashes of color at the backyard feeder is what birds like the American robin tell us about the speed of the changes.

"Robins are actually overwintering in a lot of places more frequently than they used to and not leaving at all," Bateman says.

And at the risk of wearing out the analogy, she says every time you see a robin in December, think about that canary in the coal mine.

"Birds are indicators. Birds tell us. They're the ones that are telling us what's going on in the environment. And so, we say at Audubon that the birds are telling us it's time to act."