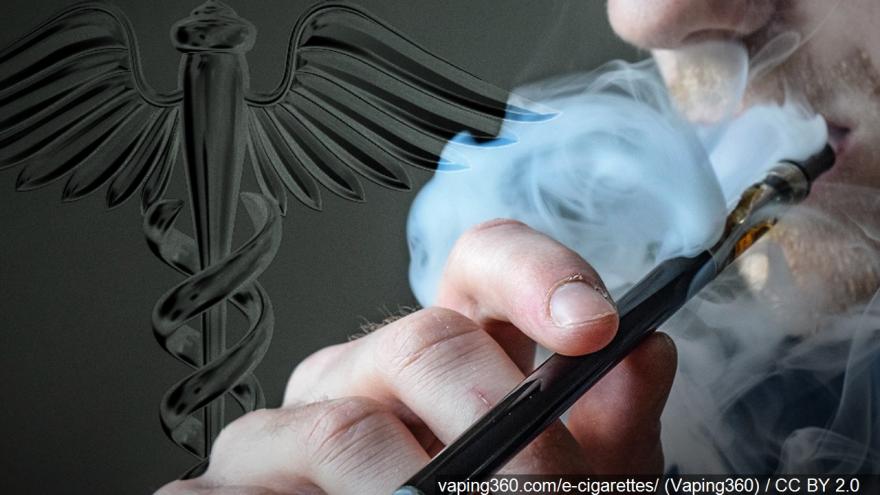 (CNN) -- E-cigarette flavors can damage the cells that line your blood vessels and perhaps your heart health down the line, according to a new study of human cells in the lab.

The study, published Monday in the Journal of the American College of Cardiology, adds to growing evidence that the flavored "e-liquids" used in vapes can hinder human cells' ability to survive and function. The authors say these changes, some observed in the absence of nicotine, are known to play a role in heart disease.

"The public has this notion that e-cigarettes are safe," said study author Dr. Joseph Wu, director of the Stanford Cardiovascular Institute and a professor in the medical school's departments of medicine and radiology.

Experts say this belief stems not just from the presence of fewer cancer-causing chemicals than combustible cigarettes, but also from the fact that many vaping products are sold in sweet or fruity flavors that may appear harmless.

"As a result of this perception, a lot of kids pick up e-cigarette smoking," Wu said. "There's so many kids who are smoking e-cigarettes. And these kids are going to become adults. And these adults can become elderly patients that I as a cardiologist will take care of later on."

The US Food and Drug Administration announced in November that vaping had increased nearly 80% among high schoolers and 50% among middle schoolers since the year before. Experts also worry that the devices could put kids' developing brains at risk, get them hooked on nicotine early in life and be a gateway to smoking and other drugs. But the long-term effects aren't clear.

In the new study, which included six e-liquids with varying nicotine concentrations, Wu's team found evidence of toxic effects -- including poorer cell survival and signs of increased inflammation -- on a type of cardiovascular cell. As proxy for what might happen in someone's blood vessels, the researchers observed how these cells responded when in contact with e-liquids as well as fluid from the blood of a small group of participants who had vaped. These effects varied between the liquids, with the most potent being a cinnamon-flavored product.

While the researchers tested six liquids in the new study, experts say there are thousands of unique flavors being sold online. Which flavor component is most responsible for these effects and how it works is yet unclear, Wu added.

In a related commentary published in the same journal, doctors from the University of Massachusetts Medical School said that it will be important to perform tests in animal models -- and not just in cultured cells -- in order to unravel the science at play. But these findings, they said, come amid growing concern that vaping products, and flavors in particular, may be more harmful than initially thought.

"In addition to harm from the nicotine, the additives are a potential source of adverse vascular health and one that is being disproportionately placed on the young," they said.

Flavors have been at the center of a regulatory debate, and a number of local and national policymakers have taken steps to ban them. Advocates for flavors say they're an important tool in getting adults to switch over from combustible cigarettes, while others want to ban them entirely because they appeal to kids and minimize how harmful and addictive vapes are perceived to be.

Other studies have observed the impact of vaping products at the cellular level and on cardiovascular health more broadly. A study last year showed that daily e-cigarette users had an increased risk of having a heart attack, though not as high as daily smokers.

"We're seeing more and more evidence that e-cigarettes do have a relationship with increased chance of having a heart attack," Dr. Lawrence Phillips, an assistant professor of medicine and director of outpatient cardiology at NYU Langone Health, previously told CNN.

"When we compare traditional cigarettes to e-cigarettes, we're really not comparing apples to apples," said Phillips, who was not involved in the new research. "What we're finding is that both are having increased risk."