Study: Locking up guns could reduce teen and childhood firearm deaths by a third 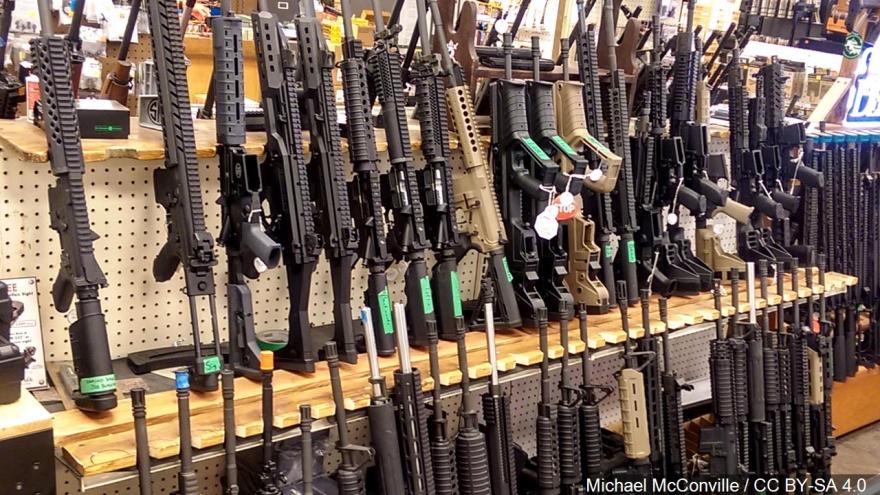 (CNN) -- Most US households with children do not safely store firearms in the way the American Academy of Pediatrics recommends: locked up and unloaded. If parents simply locked up all their guns, then up to a third of gun suicides and accidental deaths among children and teens could be avoided, researchers estimate in a new study.

"Even a relatively modest increase" in locking up firearms could result in "substantial reductions in firearm suicide and unintentional fatalities among U.S. youth," Michael C. Monuteaux, lead author of the study and an assistant professor of pediatrics at Harvard Medical School, wrote in an email.

The study, published Monday in the journal JAMA Pediatrics, used household data on gun ownership from 2015 to create a Monte Carlo simulation: a model that predicts the probability of various outcomes.

According to a 2015 national survey, 13 million US households with children had firearms. Nearly 14,000 children and teens were treated for nonfatal firearm injuries that year, and 2,800 died by gunfire. Of these deaths, 782 could be attributed to the presence of unlocked guns.

The study compared these actual fatalities with same-year simulations showing what might happen if more homes had safely stored guns.

Locked-up guns would also have thwarted between 235 and 323 shootings (both fatal and injurious) of children and teens, the researchers estimated.

Doctors and public health professionals "need to communicate to parents that storing guns in a way that makes them inaccessible to children (that is, locked and unloaded) can reduce the number of children who die from firearm injuries, especially suicide," Monuteaux said.

He was not involved with the new research, but his own 2017 study suggests that kids can and will play with guns if they are not locked up as advised. His research looked at what happens when kids encounter a real gun after seeing a movie character with a gun: Does that influence them to behave in dangerous ways?

For their study, he and his colleagues randomly assigned kids to see different versions of the same rated-PG movie clip. "We just edited out the guns in one version ... so they saw exactly the same movie clip with or without guns."

Next, the kids played in a room full of toys and games. There was also a cabinet containing a real gun -- "disabled, of course," Bushman said. "We modified it, which wasn't easy at all, with a digital counter to count the number of times the child pulled the trigger with enough force to discharge the weapon." A hidden camera recorded the scene.

"Even 20 minutes of exposure to something mild like 'National Treasure' increased the likelihood that children would engage in dangerous behavior around guns," he said. Some pointed the real gun at their own heads or another child's head or even out the window at pedestrians below the study lab.

Generally, media violence influences younger people most of all, but it affects people of every age, he said. "The average kid consumes 7½ hours of media every day," he said. "What activity can you do 7.5 hours a day and have it have absolutely no effect on your behavior?"

Bushman believes that both gun owners and non-gun owners can agree on one thing: "Guns are not toys. Children should not be playing with guns."

Even if only 10% of parents who don't lock up their guns started to do so, the new study shows, the effects would not be "trivial," Bushman said: "The more people who do it, the more impact it will have."