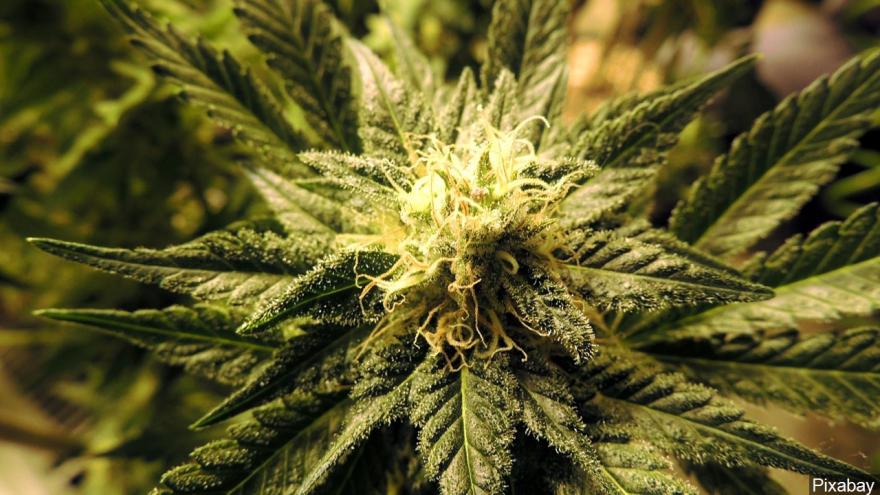 (CNN) -- Marijuana use among young adults, especially college students, has been steadily increasing, and the numbers are pretty high, according to a new report.

The article, published by The American Academy of Pediatrics on Monday, is based on the results of the 2002-2016 National Survey on Drug Use and Health, which examined marijuana and smoked tobacco use among 18- to 22-year-olds in the US.

The survey analyzed the use of marijuana and tobacco within the past 30 days and the past 12 months. However, the method by which the marijuana was consumed -- such as smoking, eating, or vaping -- was not identified.

Although more young adults are exclusively smoking weed, the number of college students using the drug is increasing at a faster rate. Exclusive marijuana use was higher among people in college for both past-30-day and past-12-month use.

College students who reported exclusively smoking marijuana in the past 30 days increased by nearly 8% within 14 years. For noncollege young adults, past-30-day marijuana use increased by about 4%.

By 2016, nearly two in five young adults reported smoking marijuana in the past year.

Despite evidence showing therapeutic benefits to consuming marijuana, the health effects aren't very conclusive, according to the study. Only 30% of young adults said they thought frequent marijuana use is harmful, the lowest that number has been since 1980.

When it comes to tobacco, however, smoking is known for the detrimental effects it has on health, such as "cancer, chronic obstructive pulmonary disease, stroke, and heart attack."

Exclusive tobacco use is steadily decreasing among both college and noncollege individuals, the study concluded. However, more young adults who are not in college are smoking tobacco while the rate quickly decreases for college students.

Although tobacco use was higher among individuals not in college, exclusive tobacco smoking for past-30-day use among noncollege young adults still decreased by almost 16% between 2002 and 2016.

While the study did say that there is a relationship between marijuana use and daily tobacco smoking as well as nicotine dependence, the survey did not explore the rise of e-cigarettes, which are now popular among even younger demographics.

A 2018 report from the University of Michigan's Institute for Social Research showed that vaping was the second-most common form of substance use, with 17.6% of eighth-graders, 32.3% of 10th-graders and 37.3% of 12th-graders reporting vaping in the past year.