Study: Parents who read to their child on a tablet end up having less interaction together 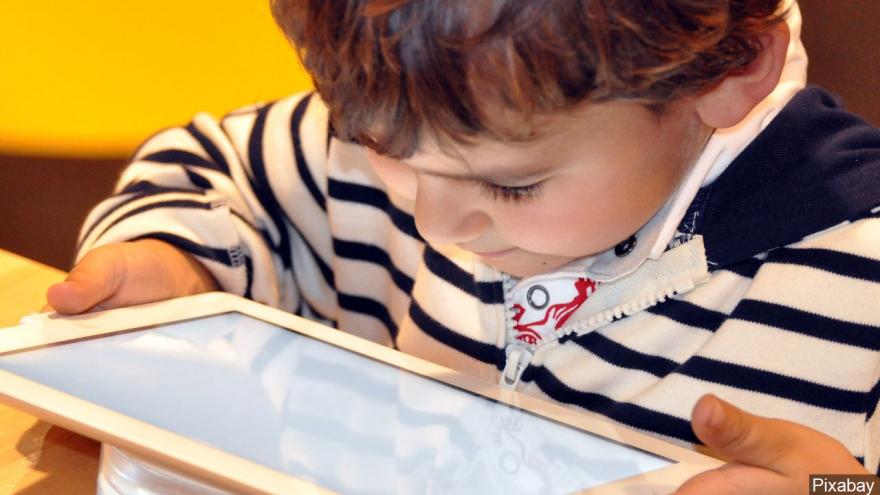 (CNN) -- The joy of bedtime stories is twofold for parents: They can coax their children to sleep and use it as an excuse to snuggle up with their little ones. To maximize parent-child bonding, though, a study says parents are better off reading to their children from a print book than from a tablet.

Parents who read to their child on a tablet, whether or not the digital book is interactive, had less social reciprocity -- that is, give-and-take social interaction -- than when they read a traditional book, according to findings published Monday in JAMA Pediatrics.

Researchers from the University of Michigan recorded 37 parent-child duos in a lab set up to look like a living room. Mothers and fathers would read aloud one print book, one tablet book and one interactive tablet book in a 75-minute period to their 2- to 3-year-old children.

When parents read digital books, researchers noted that children were much more likely to interrupt the session, obstructing their parents' view of the tablet so they couldn't read it, closing out of the e-book app or grabbing the tablet from their parents.

In response, parents were more likely to control their children while reading from a tablet. Intrusive behaviors, such as preventing children from tapping the tablet or pivoting their bodies away from the children so they can hold the tablet, can impede toddlers' willingness to cooperate with or listen to their parents, researchers said.

The American Academy of Pediatrics (AAP) recommends "co-viewing" for parents and young children so tablet use isn't a solitary act. But the social outcomes and language gains of reading on a tablet are far different than snuggling up with a book, researchers said.

It's increasingly common for children to read from a digital page. Another JAMA Pediatrics study found that screen time for children younger than 2 has more than doubled in the past 20 years. But is all of that time spent scrolling negative?

Maybe not. A study published last week found that overall screen time doesn't affect a child's academic performance. It's not all great news, though -- excessive amounts of time spent watching TV and playing video games were tied to poorer grades.

It seems pediatric researchers are split when it comes to screen time. So what's the best way to navigate your child's digital terrain? The AAP has a tool for families to plan their child's media use, limiting the amount of time they can spend using devices, designating screen-free zones and setting screen curfews.

You don't need to cut your child off from screens completely, but it's wise to set some boundaries. Here are the AAP's screen time recommendations:

The Feed: Catchy song teaches you how to stay healthy