Study: The Milky Way gobbled up another galaxy billions of years ago 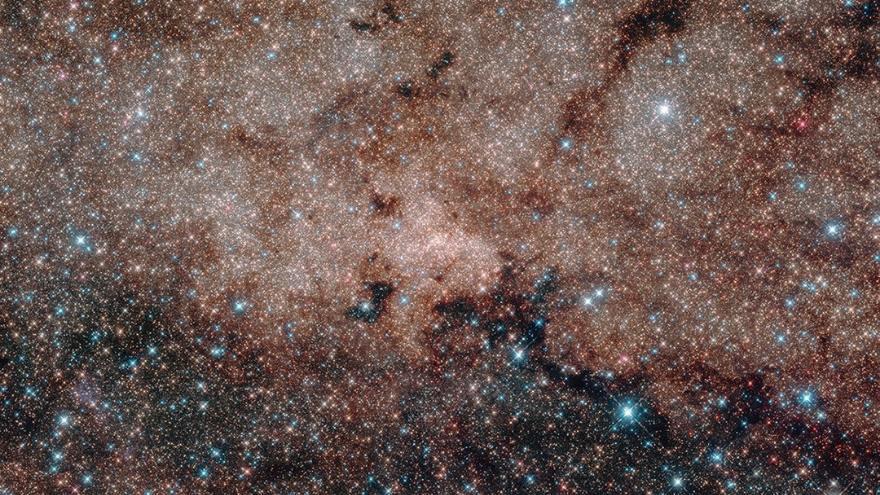 In order to grow to its current massive size, the Milky Way probably consumed a dwarf galaxy in its younger days, according to a new study. CREDIT: /ESA/Hubble Heritage Team Source: NASA
By Ashley Strickland, CNN

(CNN) -- About 10 billion years ago, the Milky Way looked very different from the galaxy that now serves as a home to our solar system. In order to grow to its current massive size, the Milky Way probably consumed a dwarf galaxy in its younger days, according to a new study.

When the universe was in its infancy 13 billion years ago, stars were forming quickly, which led to the creation of the first dwarf galaxies. Dwarf galaxies contain between 100 million and several billion stars; the Milky Way now houses between 200 billion and 400 billion stars.

Dwarf galaxies merged in the early universe to form the larger galaxies that populate it today, including the Milky Way.

But decoding the timeline for the Milky Way has taken time. Now, using data from the Gaia space telescope, researchers can piece together the puzzle of the galaxy's past. A study including the data was published Monday in the journal Nature Astronomy.

Researchers were able to use the space telescope to look back in time at the early stages of the Milky Way's formation, taking exact measurements of its stars to understand distance, brightness and position.

The Milky Way has a galactic halo, which astronomers previously believed had at least two components, one containing more blue stars and the other containing more red. The blue stars acted as evidence. When the researchers measured them, they realized that the stars were actually the remnants of a dwarf galaxy known as Gaia-Enceladus.

"Analyzing the data from Gaia has allowed us to obtain the distribution of the ages of the stars in both components and has shown that the two are formed by equally old stars, which are older than those of the thick disc," said study co-author Chris Brook, a researcher at the Instituto de Astrofísica de Canarias.

The composition of the stars helped to differentiate them.

"The final piece of the puzzle was given by the quantity of 'metals,' or elements which are not hydrogen or helium, in the stars of one component or the other," said Tomás Ruiz Lara, also a study co-author and researcher at the Instituto de Astrofísica de Canarias. "The stars in the blue component have a smaller quantity of metals than those of the red component."

The stars were formed in two systems: the galaxy that would become the Milky Way and the Gaia-Enceladus dwarf galaxy. The early Milky Way was four times more massive and contained more metal.

About 10 billion years ago, the two galaxies collided violently, and Gaia-Enceladus became part of the Milky Way. The stars of both galaxies were thrown into motion, forming the halo around the Milky Way that exists today.

The chaotic merger caused violent bursts of star formation that lasted 4 billion years. Eventually, the galaxy's gas created a thin disc that it still maintains. Stars still form in this region of the Milky Way.

"Until now all the cosmological predictions and observations of distant spiral galaxies similar to the Milky Way indicate that this violent phase of merging between smaller structures was very frequent," said co-author Matteo Monelli, a researcher at the Instituto de Astrofísica de Canarias.

Now, thanks to Gaia data, astronomers have a more complete picture of our galaxy's past.