Subject in custody after suspicious letters sent to Trump, Pentagon 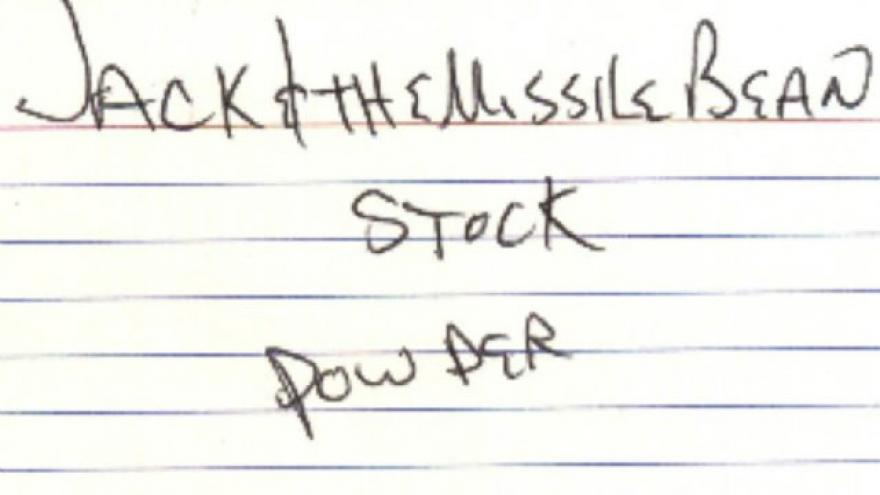 By Josh Campbell and Eli Watkins

Melodie Rydalch, a spokesperson for the US Attorney's Office in Utah, identified the suspect in custody as William Clyde Allen, III and said federal prosecutors had authorized the arrest.

Allen previously served in the US Navy as an enlisted sailor. He joined the Navy in 1998 and left in 2002. He was a US Navy damage control fireman apprentice during his time in the service.

Dozens of federal and local law enforcement officials were witnessed on the scene, and an FBI public information officer in Utah confirmed an operation was underway at the Logan, Utah, residence.

"As there are potentially hazardous chemicals involved, we ask that the public stay away from this location during the entirety of the operation," the information officer said. "No wider threat to public safety exists at this time. As it is a pending matter, that is all we can say at this time."

A source familiar with the ongoing joint federal investigation said that based on preliminary investigative activity, the White House and Pentagon letters were believed to be connected and the substance in question was a very crude castor bean concoction that authorities were not technically calling "ricin" until further testing.

Ricin is a highly toxic compound extracted from castor beans. It can be used in powder, pellet, mist or acid form. If ingested, it causes nausea, vomiting and internal bleeding of the stomach and intestines, followed by failure of the liver, spleen and kidneys, and death by collapse of the circulatory system.

One person familiar with the investigation into the letters said there was messy handwriting on the envelopes. At least one of the letters contained an index card with writing that said, "Jack the missile bean" and "Stock powder."

Dana White, chief spokesperson for the Pentagon, said in a statement on Wednesday that a preliminary analysis showed the letters contained castor seeds.

A previous ricin case in the Obama administration led to a lengthy sentence for a Texas woman. In 2014, Shannon Guess Richardson was sentenced to 18 years in prison after she admitted sending ricin-laced letters to President Barack Obama and then-New York Mayor Michael Bloomberg.

CNN is attempting to reach out to Allen or his attorney.