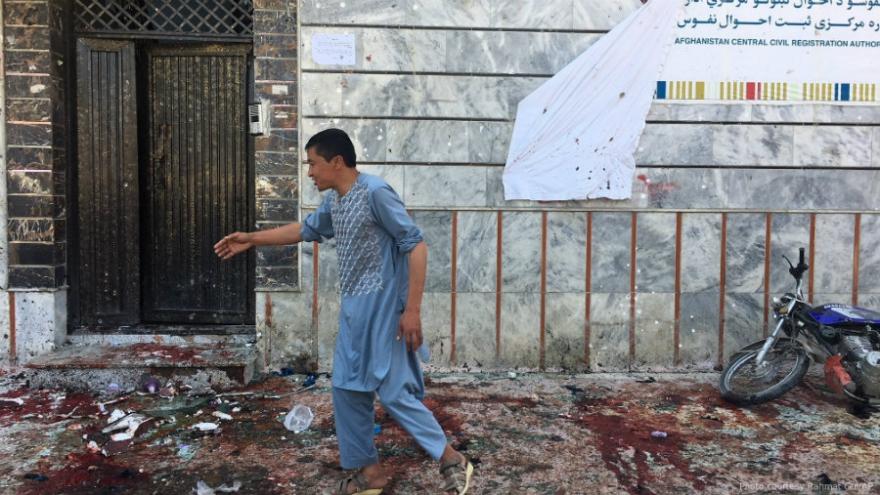 In addition to the fatalities, at least 100 others were injured in the attack, public health spokesman Wahid Majroh told CNN.

The bomber was on foot during the attack, which happened about 10 a.m. local time, Interior Ministry spokesman Najib Danish said.

In a message posted to Twitter, the nation's chief executive Abdullah Abdullah condemned the attack.

" I stand with those affected by this coward attack. Our resolve for fair and transparent election will continue and terrorists won't win against the will of the Afghan people," Abdullah said.

Sunday's attack is the latest in a series to strike the Afghan capital this year.

In February, several people were killed and injured in a suicide attack in the Shashdarak area of Kabul, not far from the Kabul Green Zone where many diplomatic compounds are located.

Days later, the group claimed responsibility for an attack outside a hospital in which militants detonated explosives packed inside an ambulance. Nearly 100 people were killed in that attack.

The Afghan government announced on February 28 it would be willing to recognize the Taliban as a legitimate political party as part of a potential ceasefire agreement with the Islamist militant group.