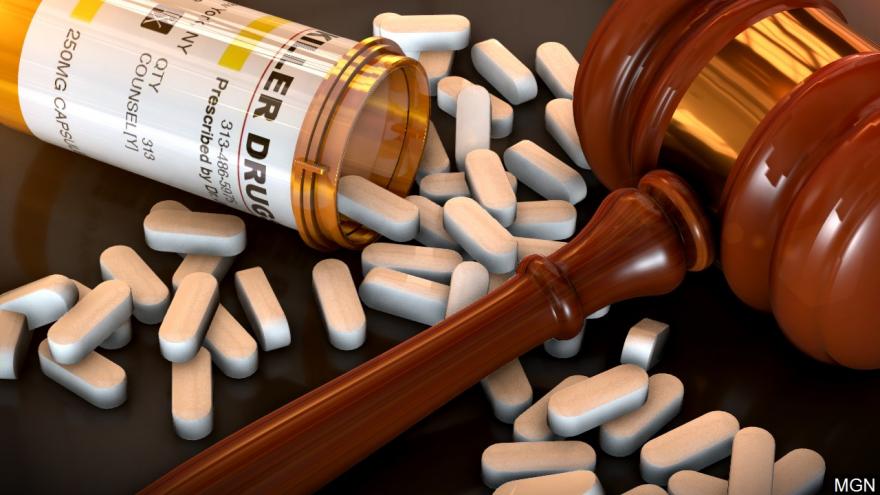 BOSTON (AP) — Representatives of some of the nation's largest generic drug manufacturers used code words to collude with competitors to divvy up market share and coordinate price increases according to a federal lawsuit.

The code words were used in internal emails highlighted in the lawsuit filed last month by attorneys general from 43 states and Puerto Rico. The 510-page federal lawsuit was released in full Monday.

The lawsuit says the representatives used phrases like "playing nice in the sandbox" and "fluff pricing" in emails to one another.

Fluff pricing refers to the practice of offering an inflated price for a drug to create the appearance of competition.

The suit alleges that for many years the generic drug makers operated under an agreement not to compete with each other and to settle instead for what these companies referred to as a "fair share" of the market to avoid pushing prices down through competition.

Investigators said those involved in the alleged conspiracy tried to cover their tracks. At one point one of the company representatives urged others to talk on the phone, writing "No emails please" in one of the internal emails included in the lawsuit.

In another email, representatives from three companies talk about coordinating "polite f-u" letters in 2014 in response to a congressional probe into price increases in the generic drug industry.

About 20 firms were implicated in the conspiracy, investigators said.

The alleged conspiracy targeted more than 100 different generic drugs, including treatments for diabetes, cancer, arthritis and other medical conditions, according to investigators.

Investigators also discovered what they said was an effort by Teva Pharmaceuticals USA Inc. to create a ratings system of which companies would be most willing to conspire with Teva.

The complaint alleges that an official at Teva did this by systematically conspiring with competitors and maintained a ranking system based on their collusive relationships, with +3 assigned to the most collusive and -3 assigned to the least.

A spokeswoman for Teva did not immediately return an email Monday seeking comment.

Last month when the filing of the lawsuit was first announced, a representative of Teva said the company hasn't engaged in any conduct that would lead to civil or criminal liability.

The suit says the companies sought not only to maintain their "fair share" of the generic drug market but also to "significantly raise prices on as many drugs as possible."

During a 19-month period beginning in July 2013, the suit says Teva significantly raised prices on approximately 112 different generic drugs and on at least 86 of those drugs colluded with a group it referred to as "high quality" competitors.

The suit says that the size of the price increases varied but was over 1,000% for a number of the drugs.

The scale of the generic drug market is huge.