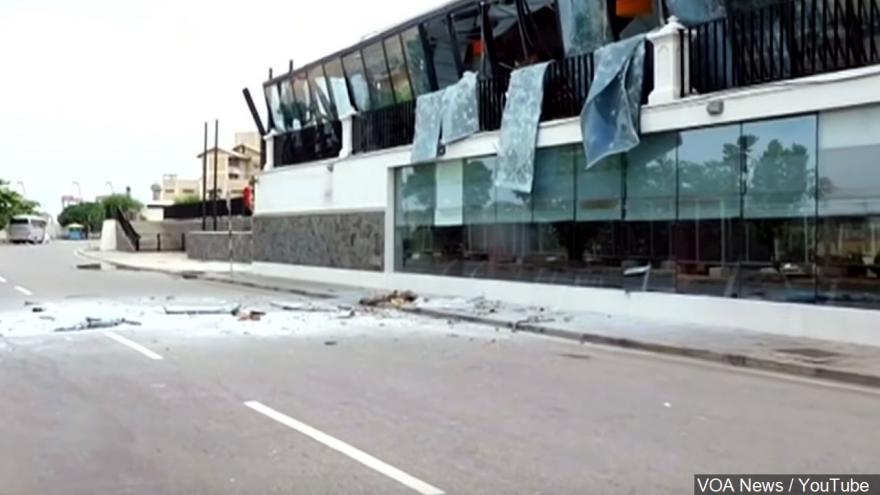 COLOMBO, Sri Lanka (AP) — The archbishop of Colombo says there will be no Sunday Masses until further notice after the Easter bombings in Sri Lanka.

Cardinal Malcolm Ranjith made the comment during a news conference Friday in the Sri Lankan capital.

Ranjith appealed for financial support to rebuild the lives of affected people and reconstruct the churches targeted in the Islamic State-claimed suicide bombings, which killed over 250 people on Sunday.

The U.S. Embassy in Sri Lanka has warned people to stay away from places of worship this weekend over concerns about possible further attacks.

Sri Lankan officials say they continue to search for suspects in the bombings.

On Friday, authorities urged Muslims not to hold congregational prayers over fears they might be targeted. However, several mosques did under the protection of security forces.

Germany's Foreign Ministry is advising against nonessential travel to Colombo after the Easter Sunday attacks on churches and hotels in and near the Sri Lankan capital.

The updated travel advice issued Friday says there is in principle a danger of further attacks and advises visitors to exercise increased vigilance but stops short of an outright warning against travel to the capital or to Sri Lanka in general.

A German-U.S. dual national was killed in Sunday's attacks. A total of 253 people died and more than 400 were wounded in the bombings blamed on Muslim militants.

The U.S., the U.K. and other countries have issued similar advisories.