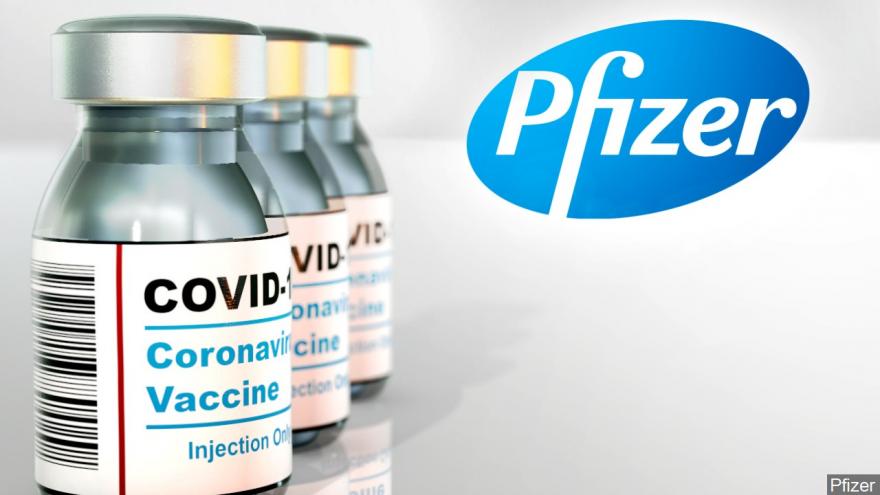 (CNN) -- Vaccine supply constraints are complicating the Trump administration's hopes of striking a deal with Pfizer to purchase another 100 million doses of the company's coronavirus vaccines, the latest hurdle to ramping up vaccine production as the virus rapidly spreads.

Officials from the Trump administration and Pfizer confirmed that the two sides are negotiating for the government to purchase the additional doses for distribution between April and June 2021. But the timing has been a sticking point, as the US clamors for delivery as soon as possible while Pfizer juggles global demand.

Health and Human Services Secretary Alex Azar said Wednesday that a complicating factor in the negotiations is that Pfizer is having some supply chain issues that will make it more challenging for the company to produce 100 million more doses in the spring. The federal government is negotiating with Pfizer to see how it can help with those manufacturing issues in order to get the additional 100 million doses, he said.

"We are engaged in active discussions with Pfizer about exercising options under our contract," Azar said during an Operation Warp Speed news briefing. "We've been working with them on what assistance is appropriate for us to provide in order for us to secure additional doses."

Options on the table include using the Defense Production Act to accelerate production of some of the raw materials Pfizer needs to develop the vaccine, Azar said in an interview with CNBC's Shepard Smith on Tuesday.

"They are more secretive with us about their manufacturing capacities, their needs. So we can't know they have a raw material problem until they tell us they have a raw material problem," Azar said on CNBC. "And at that point, I can assure you, as the President has, we will use every power of the United States government to ensure they have what they need to fulfill the contracts that we need for the United States people."

During Wednesday's briefing, Azar suggested that Pfizer -- which did not receive Operation Warp Speed funding for the development of its vaccine -- had not been as forthcoming about manufacturing issues and the production process as other Operation Warp Speed vaccine partner companies like Moderna, Johnson & Johnson and AstraZeneca.

"The other five we are more intimately engaged in the support of the development and manufacturing of their product on an ongoing basis, whereas the relationship that Pfizer wanted with Operation Warp Speed was the guaranteed purchase of vaccine if approved by the FDA, and that means that to date we have had less visibility into their manufacturing processes," Azar said.

Pfizer CEO Albert Bourla said Monday that it would be "very positive" if the US decided to use the Defense Production Act to help the company produce more vaccines faster.

"It will allow us to maximize what we can do," Bourla said in an interview with CNBC. "We are asking them, and I hope that they will do it very soon because some components, we are running at critical supply limitations."

Pfizer had not responded to CNN's request for comment about the ongoing negotiations and supply issues at the time of publication.

Bourla confirmed the ongoing negotiations between the federal government and Pfizer during an interview with CNN Chief Medical Correspondent Dr. Sanjay Gupta on Monday.

"The US government is asking more. They have asked now an additional 100 million doses from us," Bourla said. "We can provide them the additional 100 million doses, but right now most of that we can provide in the third quarter. The US government wants them in the second quarter, so we're working very collaboratively with them to make sure that we can find ways to produce more or allocate the doses in the second quarter."

The Trump administration faced criticism after The New York Times reported that the US government had failed to secure an additional 100 million doses when Pfizer offered that option over the summer. The administration has denied the reports that it turned down this offer from Pfizer.

Slaoui, frustrated with that criticism, defended the administration's plans to buy doses from all six companies with Covid-19 vaccine candidates on Wednesday's Operation Warp Speed call with reporters.

"I think any reasonable person would understand that we built a portfolio of vaccines and took them into development in order to ensure that a) one of them actually makes it to the finish line and b) if more than one makes it to the finish line, that we can accrue and accumulate vaccine doses faster than if we were relying on a single provider," he said on the call. "So, frankly, I hope once and for all, it wouldn't make sense whatsoever to preorder more from one manufacturer than any other one."