Support builds for plan to rename Senate building for McCain 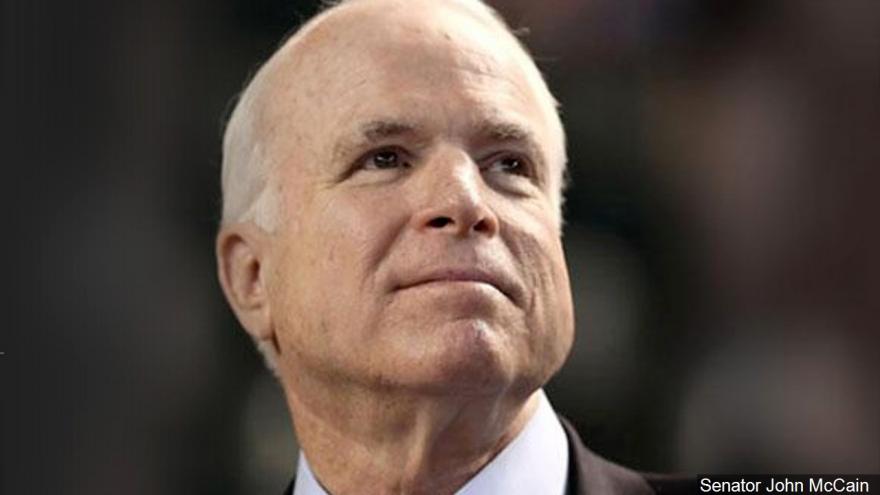 WASHINGTON (AP) — A proposal to rename the Russell Senate Office building after Arizona Sen. John McCain appears to be gaining bipartisan support, but success is far from assured.

Republican Sen. Chuck Grassley of Iowa, who served with McCain for 31 years, said Monday he was in favor of "naming almost any building" for McCain, but added, "I'm not sure that I would make a decision on a specific building at this point."

The 109-year-old building is named after Sen. Richard Russell, a Georgia Democrat who, like McCain, chaired the Armed Services Committee. Russell, who died in 1971, was a segregationist and led Southern opposition to anti-lynching bills and other civil rights legislation in the 1950s and 1960s.

Arizona Sen. Jeff Flake, who co-sponsored the measure, was cautious Monday, saying he does "not want to get out ahead" before he talks to McCain's family.

"There are a number of proposals coming forward about ways to honor John McCain. I think this would be a particularly good one, but I want to make sure the family is OK with it," Flake said.

Sen. Lamar Alexander, R-Tenn., said McCain deserves "a significant memorial" in the nation's capital, adding that the office building where McCain worked and where the Armed Services Committee is housed may be where a memorial should be located.

"There's always one senator that stands out above the rest, and the last few years that's been John," Alexander said of McCain, his longtime Senate colleague. Senators have time to decide what the best memorial for McCain is, Alexander said.

Senate Majority Leader Mitch McConnell paid tribute to McCain on the Senate floor Monday, but he did not address the office building proposal. A spokesman for McConnell declined to comment.

Sen. David Perdue, a Georgia Republican, called McCain an American patriot and a cherished personal friend. He said in a statement that this week was a time to honor McCain's "remarkable life" and pay respects to his family. "Later, we will discuss ways to permanently memorialize his legacy and service to our country," he said.

Sen. Chris Coons, a Delaware Democrat who frequently traveled with McCain on overseas trips, said his office is "on the first floor of the Russell Senate Office Building, but I hope that very soon, I'll be working in the McCain Senate Office Building. It would be an important and fitting tribute to one of the finest senators we've ever seen."

Sen. Bob Corker, R-Tenn., said he was "all for" renaming the building in McCain's honor but that "there'll probably be some discussion about that" in both parties.

"Russell is somebody that's obviously a huge figure, but it is an era that's gone by. We're in a new era now," Corker said.

"Who would want to vote against naming a building after somebody who just passed away?" Corker asked, before answering his own question. "There may be some curmudgeon that wouldn't want to do that."

Russell served in the Senate from 1933 until his death and was known as a "senator's senator" due to his mastery of Senate rules. An ardent defender of the defense budget, Russell also was author of the School Lunch Act, which provides free and low-cost meals in public schools. The Senate building was named in his honor in 1972.

Alabama GOP Sen. Richard Shelby said he hadn't made up his mind.

"You know Richard Russell was ... from the South, and I'm sure not perfect like George Washington and everybody else in his days, but he was a well-respected senator," Shelby said. The idea is something "we have to think about," he added.

Schumer, who worked closely with McCain on immigration and other issues, said that "as you go through life, you meet few truly great people" and that McCain was one of them.

"His dedication to his country and the military were unsurpassed, and maybe most of all, he was a truth teller — never afraid to speak truth to power in an era where that has become all too rare," Schumer said.

The renaming proposal would not need approval from the House or from President Donald Trump, a longtime McCain nemesis.