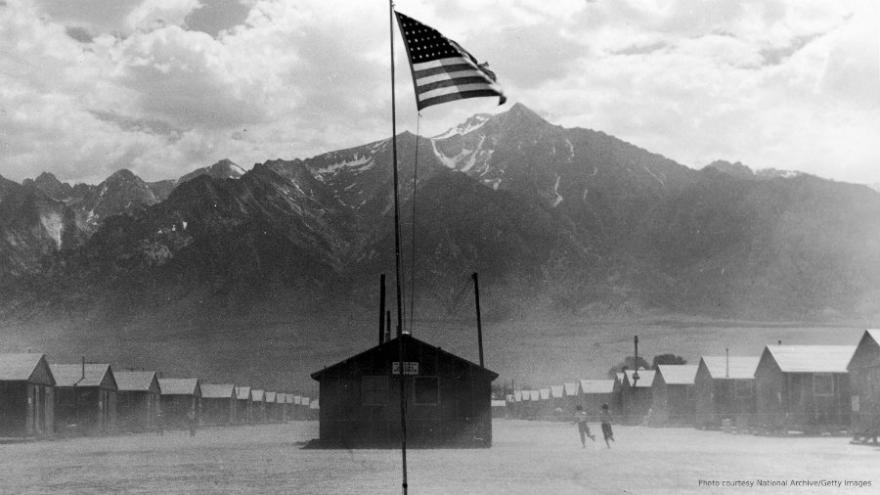 In her dissent to the majority's ruling on the travel ban, Sotomayor compared the decision to the Korematsu v. US case, saying there are "stark parallels" in the reasoning.

"As here, the exclusion order was rooted in dangerous stereotypes about a particular group's supposed inability to assimilate and desire to harm the United States," Sotomayor wrote.

The comparison triggered an angry response from Roberts, who chastised his colleague for using "rhetorical advantage" and said that Korematsu had "nothing to do with this case."

Roberts was troubled enough with the comparison, however, that he did something that no party involved in the travel ban case had expressly asked for: He announced that the Supreme Court was overruling Korematsu.

Sotomayor's dissent, Roberts said, "affords this Court the opportunity to make express what is already obvious: Korematsu was gravely wrong the day it was decided, has been overruled in the court of history, and -- to be clear -- 'has no place in law under the Constitution.'"

But given the context of his comments, Roberts' move infuriated opponents to the travel ban.

"It comes out of nowhere in a decision upholding the travel ban case," said Elizabeth Wydra, the president of the Constitutional Accountability Center. Let's say what that is "It is an obvious and frankly cynical ploy to try to provide cover for a decision that is a betrayal of constitutional rights and values that were similarly rejected in the Korematsu case."

Wydra believes Sotomayor was "absolutely right" that the motivation of this travel ban "is exactly the type of animus that motivated the Japanese-American internment camps."

The idea of the travel ban started in December 2015, when Trump's campaign called for "a total and complete shutdown of Muslims entering the United States until our country's representatives can figure out what is going on."

In his first week as President, Trump issued an executive order banning entry for 90 days by citizens from seven Muslim-majority countries: Iraq, Syria, Iran, Libya, Somalia, Sudan and Yemen. That was blocked by courts, as was a second version. The ban the court upheld Tuesday is the third edition, and restricts entry from seven countries to varying degrees: Iran, North Korea, Syria, Libya, Yemen, Somalia and Venezuela. Chad was originally on the list but it was recently removed after having met baseline security requirements.

For her part, Sotomayor allowed that Roberts took an "important step of finally overruling" Korematsu. But it wasn't enough, she said.

"By blindly accepting the Government's misguided invitation to sanction a discriminatory policy motivated by animosity toward a disfavored group, all in the name of a superficial claim of national security, the Court redeploys the same dangerous logic underlying Korematsu and merely replaces one gravely wrong decision with another," she said. She was joined by Justice Ruth Bader Ginsburg.

Under normal circumstances a justice ends a dissent with "I respectfully dissent." Sotomayor said simply, "I dissent."