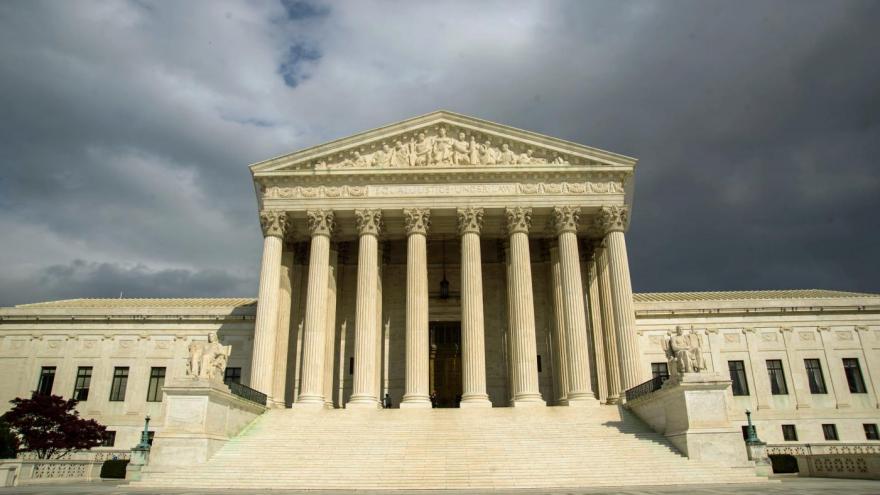 In a ruling that could open the door to more public funding for religious education, the Supreme Court on July 30, 2020 ruled in favor of parents in Montana seeking to use a state scholarship program to send their children to religious schools.

(CNN) -- In a ruling that will open the door to more public funding for religious education, the Supreme Court on Tuesday ruled in favor of parents in Montana seeking to use a state scholarship program to send their children to religious schools.

The court said that a Montana tax credit program that directed money to private schools could not exclude religious schools.

The 5-4 ruling was penned by Chief Justice John Roberts and joined by the court's four conservative justices.

"A State need not subsidize private education. But once a State decides to do so, it cannot disqualify some private schools solely because they are religious," Roberts wrote in the majority opinion.

Tuesday's opinion is a huge win for supporters of school choice programs, a hallmark of the Trump administration, and it will also encourage other states to push for similar programs.

The ruling comes as the supporters of religious liberty, including the Trump administration, have hoped the court's solidified conservative majority would emphasize that the Constitution's Free Exercise clause requires neutrality toward religion. Three low-income mothers had sought to use the funds from a state initiative toward their kids' religious education.

Secretary of Education Betsy DeVos called the ruling a "historic victory for America's students and all those who believe in fundamental fairness and freedom."

Roberts' opinion on Tuesday reflects his traditional conservative instincts on religious dilemmas and breaks his recent pattern of his joining the court's four liberals -- all of whom dissented on Tuesday -- on social policy issues.

It builds on Roberts' prior decisions permitting greater government involvement with religion under the First Amendment, which says government "shall make no law respecting an establishment of religion, or prohibiting the free exercise thereof."

Roberts emphasized in the Montana case that, "We have repeatedly held that the Establishment Clause is not offended when religious observers and organizations benefit from neutral government programs."

CNN Supreme Court analyst and professor at the University of Texas School of Law Stephen Vladeck said Tuesday's decision "represents a significant step in the direction of federal constitutional protections for religious schools."

"Today's ruling appears to suggest that there's virtually no gray area -- and that a state may only decline to extend neutral tax credits to religious schools when extending the credit would itself be unconstitutional," Vladeck said.

DeVos, a longtime supporter of religious schools, called the ruling a "turning point."

"This decision represents a turning point in the sad and static history of American education, and it will spark a new beginning of education that focuses first on students and their needs," DeVos said in a statement. "I'm calling on all states to now seize the extraordinary opportunity to expand all education options at all schools to every single student in America."

The White House also praised the ruling, with press secretary Kayleigh McEnany saying in a statement that it "removes one of the biggest obstacles to better educational opportunities for all children."

McEnany's statement praising the ruling was in stark contrast to Monday, when she criticized "unelected justices" who struck down a Louisiana abortion law.

Erica Smith, a lawyer with the Institute for Justice, the group representing the parents in the case, called the ruling "a major victory" and said it "will allow states across the country to enact educational choice programs that give parents maximum educational options."

Justice Stephen Breyer, one of the court's liberal members, dissented, writing: "If, for 250 years, we have drawn a line at forcing taxpayers to pay the salaries of those who teach their faith from the pulpit, I do not see how we can today require Montana to adopt a different view respecting those who teach it in the classroom."

Justice Sonia Sotomayor, another liberal on the bench, said in her dissent that the ruling "is perverse."

"Without any need or power to do so, the Court appears to require a State to reinstate a tax-credit program that the Constitution did not demand in the first place," she wrote.

The National Education Association, likewise, blasted the decision, with its president, Lily Eskelsen García, saying that "the court has made things even worse, opening the door for further attacks on state decisions not to fund religious schools."

The controversy stemmed from a program created by the Montana legislature in 2015 that allowed residents to receive a tax credit of up to $150 for a contribution to a scholarship program. The donations were then used to fund tuition scholarships for children seeking to attend the private school of their choice. In Montana, the majority of private schools are religiously affiliated.

Soon after, however, the Montana Department of Revenue excluded religiously affiliated schools from the program, citing the fact that the state Constitution bars state funds for religious education.

Three low-income mothers, Kendra Espinoza, Jeri Ellen Anderson and Jaime Schaefer, sued, saying they were counting on the scholarships so that they could keep their children at the Stillwater Christian School in Kalispell, Montana. Their lawyers argued that they couldn't be denied public benefits that were widely available to others for non-religious, private schools.

The Montana Supreme Court invalidated the whole program, holding that it violated the state Constitution that bars state funds to aid religious schools.

The Institute for Justice asked the court to rule that the state Supreme Court opinion violated the US Constitution. They said that Montana's amendment that bars state funds for religious schools violates the equal protection clause because it is rooted in religious animus.

The US Justice Department sided with the parents, arguing that the state's constitutional amendment violates the federal Constitution's Free Exercise Clause because it discriminates on the basis of "religious status in the distribution of public benefits."

Lawyers for Montana argued that the amendment is valid because states are finding a balance -- protecting the free exercise of religion while ensuring the separation of church and state.

The case was a follow-up to a 2017 opinion when the Supreme Court ruled that a Missouri policy that excluded a church-run preschool from a grant program used to resurface playgrounds was unconstitutional. In a footnote at the time, however, Roberts said that the opinion did not concern funds used for religious purposes -- leaving that issue for another day.

On Tuesday, Justice Samuel Alito agreed with the majority opinion but wrote separately to condemn a provision of Montana's Constitution that bars public funds for religious schools devoting his opinion to the history of so called "Blaine Amendments" that he said are rooted in religious animus.

He said the program at issue in the case "provided necessary aid for parents who pay taxes to support the public schools but who disagree with the teaching there."

"The program helped parents of modest means do what more affluent parents can do: send their children to a school of their choice," he said.

This story has been updated with additional quotes from the opinion, reaction to the decision and context.