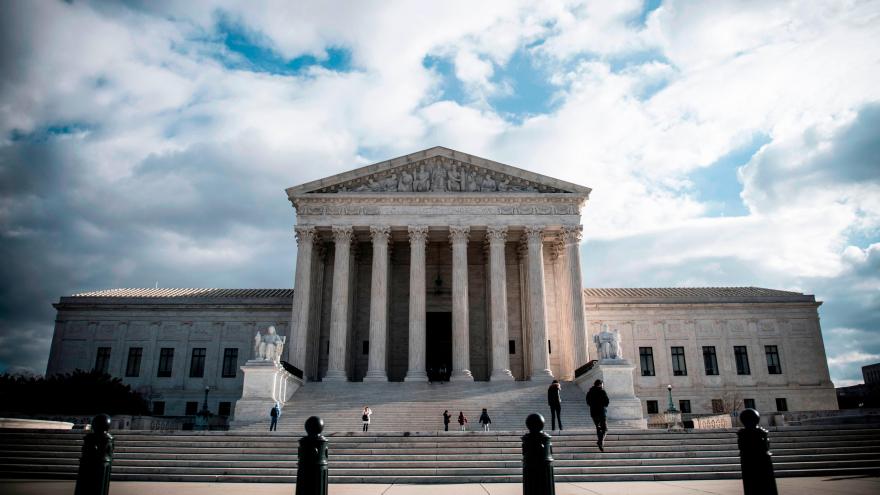 Earlier in the day, Trump had asked the justices to freeze the subpoenas to give his personal lawyers more time to ask the Supreme Court to take up his appeal.

Ginsburg, who has jurisdiction over the lower court, likely acted to give her colleagues more time to consider Trump's request. She also instructed the House to respond to Trump's petition by Wednesday.

Lawyers for Trump told the justices that the subpoenas are "extraordinarily broad" and that they raise "profound separation-of-powers concerns."

In all, three separate cases pertaining to Trump's records -- two of which concern House subpoenas -- are before the justices. Ginsburg's order signals that all of the petitions could be considered by the court December 13 during its regularly scheduled closed-door conference. No documents are expected to be released until the Supreme Court acts.

The cases are at different stages and it is unclear how soon the court might issue an order or agree to take up one of the challenges.

The justices are in the middle of a blockbuster term considering cases on abortion, the Second Amendment, immigration and LGBT rights. If the court is going to add a case concerning Trump's records to the docket this term, it would likely have to act by mid-January.

The latest case concerns subpoenas that the House Intelligence and Financial Services committees issued to Deutsche Bank and Capital One asking for a variety of documents from the President, members of his family, the Trump Organization and several affiliated entities. Trump's lawyers are seeking to block the subpoenas from going forward, to give the President time to formally ask the justices to take up his appeal.

A federal appeals court allowed the subpoenas for most of the documents to go forward earlier in the week, but agreed to put the ruling on a seven-day hold so that Trump could ask the Supreme Court to step in.

"Unquestionably, disclosure of the financial records sought by the Committees will subject [Trump's] private business affairs to the Committees' scrutiny," the 2nd US Circuit Court of Appeals held on Tuesday, "however, inquiry into private affairs is not always beyond the investigative power of Congress."

The court said the "interests of Congress in pursuing the investigations for which the challenged subpoenas were issued substantially overbalance the privacy interests" of the President.

The ruling was the latest loss that Trump has sustained in court. Other courts have ruled against him in cases concerning a House subpoena to his longtime accounting firm, Mazars USA, as well as a subpoena from a New York grand jury.

In the latest petition, lawyers for Trump argue that the Supreme Court should treat him differently from ordinary plaintiffs and agree to the emergency petition because he is entitled to the "high degree of respect due the President of the United States." They argue that in issuing the subpoenas, Congress exceeded its legislative authority by improperly engaging in law enforcement. These "dragnet" subpoenas, the lawyers argued, "look nothing like a legislative inquiry."