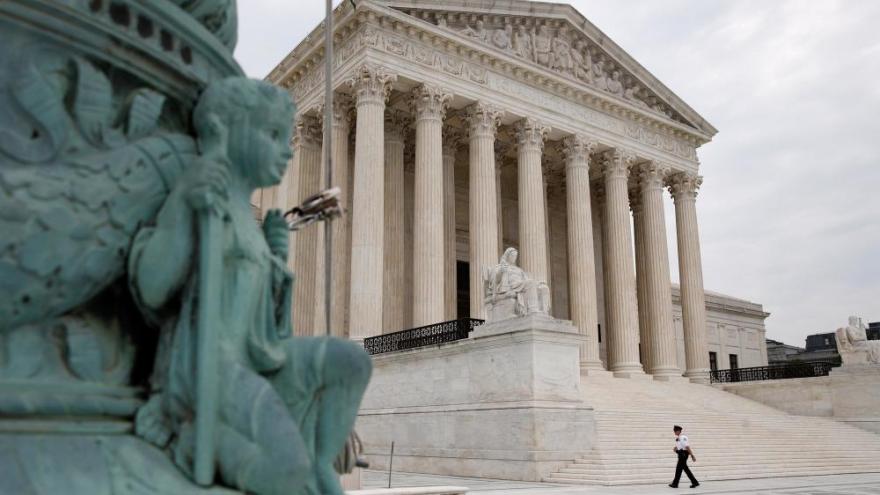 The Supreme Court upheld a federal ban on robocalls to cell phones, rejecting a bid by political consultants to open the floodgates for campaign ads and other communications.

(CNN) -- The Supreme Court upheld a federal ban on robocalls to cell phones on Monday, rejecting a bid by political consultants to open the floodgates for campaign ads and other communications.

In a decision that divided the court, Justice Brett Kavanaugh writes that an exception to the ban created by Congress is unconstitutional under the First Amendment -- and that the overall ban should remain in place.

"Americans passionately disagree about many things. But they are largely united in their disdain for robocalls," Kavanaugh writes. "The Federal Government receives a staggering number of complaints about robocalls ... The States likewise field a constant barrage of complaints."

Robocalls to cell phones were banned by Congress under the 1991 Telephone Consumer Protection Act, which limits the use of automatic dialing systems and pre-recorded voice messages in order to protect Americans from intrusion. The law imposes liability of up to $1,500 for any call or text message made or sent without prior express consent. An exception was added to the law in 2015 that exempts government debt collection services from that law.

Kavanaugh wrote that while the invalidation of the TCPA was of chief concern to the plaintiffs in the case, invalidating the 2015 exception puts the speech of political consultants on equal footing as that of government debt collection. Under the ruling, both forms of speech are prohibited in robocalls to mobile phones.

The case was closely watched in political circles due to the potential impact on political advertising.

Challengers argued that the exemption could be considered a "content based restriction," which refers to a law that applies differently depending on the content of a certain kind of speech. The First Amendment prohibits the government from "restrict[ing] expression because of its message, its ideas, its subject matter, or its content."

A federal appeals court held last year that the government debt exemption violated the First Amendment because it banned some calls based on content, but allowed others. The court said, however, that the provision could be severed and the rest of the law could remain in effect. This ruling was upheld by the Supreme Court.

The legal doctrine used by Kavanaugh in the opinion, known as severability -- where Kavanaugh decided against invalidating the entire law while ruling one provision unconstitutional -- could have wide implications for future cases heard by the court.

"The result is not especially surprising given the uphill battle the government faced in defending such a content- based speech restriction. But the implications of the Court's decision to save the rest of the statute are potentially quite significant," said Steve Vladeck, CNN Supreme Court analyst and professor at the University of Texas School of Law.

"How courts should treat the rest of a statute when one provision is unconstitutional is at the heart of the major Obamacare challenge the Justices are set to hear next fall," Vladeck added. "Today's decision suggests that only Justices [Clarence] Thomas and [Neil] Gorsuch are sympathetic to Texas's argument in that case that the entire ACA should be struck down."

The case entered the national consciousness during oral arguments in June for what happened on the telephone call between lawyers and the justices.

As the court was hearing oral arguments remotely due to the coronavirus pandemic, lawyer Roman Martinez, representing the challengers, was speaking when the distinct sound of a toilet flushing came over the speakers. Martinez was unfazed by the distraction, and the court has not identified the culprit.