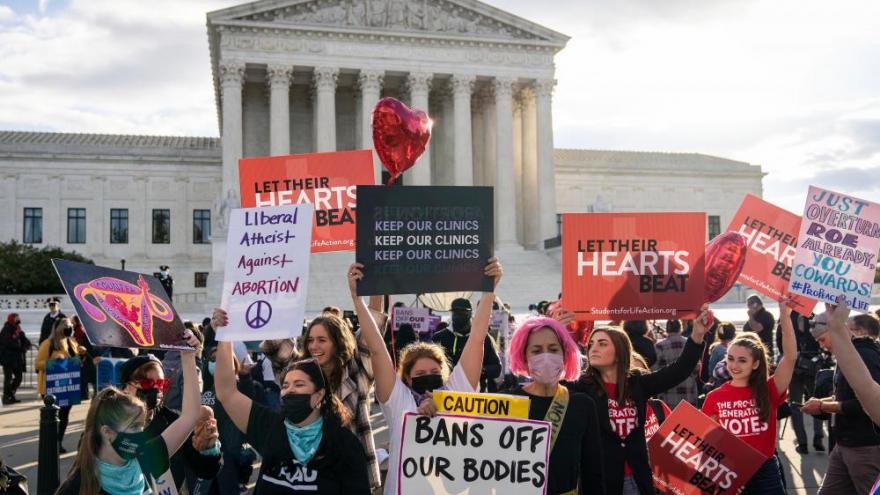 Over the furious dissent of three liberal justices, the Supreme Court on Thursday rejected another attempt by abortion providers to block Texas' six-week abortion ban.

(CNN) -- Over the furious dissent of three liberal justices, the Supreme Court on Thursday rejected another attempt by abortion providers to block Texas' six-week abortion ban.

The court's order is the latest setback for providers who are trying to revive challenges to the law five months after it was allowed to go into effect, bringing a halt to most abortions in the country's second-largest state.

Last month, the Supreme Court allowed the controversial law to remain in effect but it cleared limited path forward for the providers to sue a handful of licensing officials in Texas in order to block them from enforcing the law. The court's ruling was a devastating blow to supporters of abortion rights who had hoped the justices would block the law outright. Instead, the case was returned to the conservative 5th US Circuit Court of Appeals.

The dispute settled Thursday centered on whether the appeals court should immediately return what is left of the providers' case to a district court judge who has expressed deep skepticism over the law, or whether the case could remain in the 5th Circuit for proceedings that could take months to resolve, further delaying the providers' case.

The providers asked the justices to step in to demand the 5th Circuit return the case to the district court. Without comment, the Supreme Court's majority denied the request.

"This case is a disaster for the rule of law and a grave disservice to women in Texas, who have a right to control their own bodies," Justice Sonia Sotomayor wrote, joined by Justices Stephen Breyer and Elena Kagan. "I will not stand by silently as a State continues to nullify this constitutional guarantee."