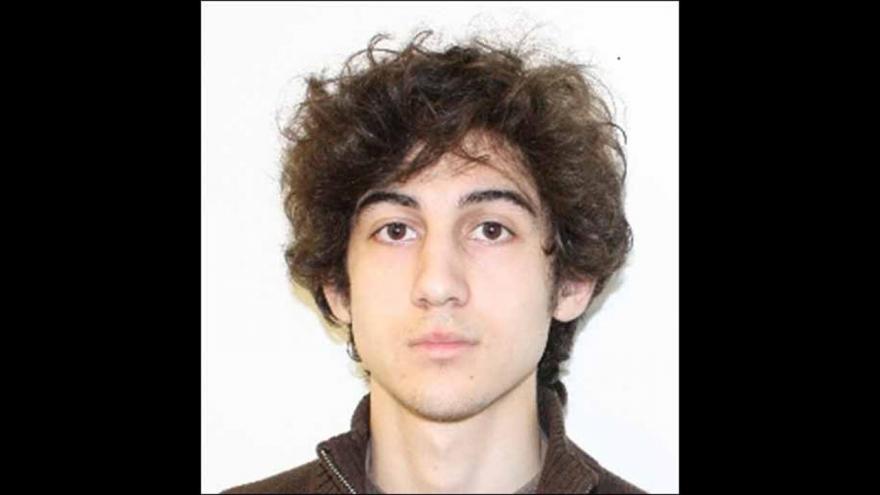 The Supreme Court will review a lower court opinion that wiped away the death sentence of Dzhokhar Tsarnaev, one of the two brothers involved in the Boston Marathon massacre.

(CNN) -- Eight years after the 2013 Boston Marathon bombing, which led to the deaths of three spectators and a police officer, the Supreme Court seemed ready Wednesday to reinstate the death sentence of Dzhokhar Tsarnaev, one of the two brothers involved in the attack.

The justices appeared to be divided along familiar ideological lines, however, as they considered a federal appeals court decision that had wiped away the sentence citing errors made by the district court concerning the admissibility of a piece of evidence.

Conservatives on the bench suggested that the evidence was unreliable and should not have been presented to the jury.

But the three liberal justices said it pertained to the heart of Tsarnaev's argument: that he should not receive the death penalty, because it was his brother who took the lead in executing the bombing.

Tsarnaev was convicted in 2015 in the deaths of Krystle Campbell, Martin Richard and Lingzi Lu at the marathon and Massachusetts Institute of Technology police Officer Sean Collier several days later, among other charges. Hundreds were injured after Tsarnaev and his brother Tamerlan set off two shrapnel bombs near the finish line, leaving the sidewalks strewn with BBs, nails, metal scraps and glass fragments.

Tamerlan Tsarnaev would later die in a gunfight with police. Dzhokhar Tsarnaev is being held in federal prison in Florence, Colorado, after a guilty verdict and a jury recommendation of death.

In July 2020, a federal appeals court said that Dzhokhar Tsarnaev would remain in prison for the rest of his life for "unspeakably brutal acts" but that he should be given a new penalty-phase trial, citing issues concerning juror selection and pretrial publicity as well as the exclusion of evidence that may have helped his case.

The 1st US Circuit Court of Appeals vacated the death penalty with directions to hold a new penalty-phase trial but warned: "Make no mistake" -- Tsarnaev "will spend his remaining days locked up in prison."

"A core promise of our criminal-justice system is that even the very worst among us deserves to be fairly tried and lawfully punished," the court held.

A lawyer for the Biden administration on Wednesday called Tsarnaev a "terrorist" who acted in "furtherance of Jihad" and urged the justices to restore the jury's recommendation of death after the "carnage at the finish line."

The justices spent most of their time focusing on the evidence that a district court excluded from the penalty phase of the trial. Tsarnaev's lawyers sought to compel discovery about an unsolved triple murder that had occurred in 2011 in Waltham, Massachusetts. Investigators came to suspect a friend of Tamerlan, Ibragim Todashev, as being involved in the crime. Todashev initially denied involvement to agents, but eventually asked for a deal. He said he had been involved but that Tamerlan had actually committed the murders by slitting the throats of the victims. Todashev had begun to write a confession but then attacked the agents who shot and killed him.

Dzhokhar's lawyers sought to include the evidence because they argued it supported their proposition that their client did not deserve the death penalty, because he was only acting under the direction of his older brother who played a much greater role in executing the bombings at the marathon, as evidenced by his past experience.

In court Wednesday, Tsarnaev's lawyer Ginger Anders said it was "central to the mitigation case" demonstrating that the brothers were not equal partners in the crime. She said that the district court's error compromised safeguards needed to ensure that her client received an appropriate penalty.

But Deputy Solicitor General Eric Feigin called the evidence "unreliable hearsay" from a "dead man with a powerful motive to lie" and said the information was not central to the jury's final verdict. He said the 2011 murders remain unsolved and that there was insufficient evidence to describe Tamelan's true role in the crime to the jury.

Feigin said that the jury decided to recommend death because Dzhokhar positioned himself "behind a group of children, putting down his backpack."

In court, conservative justices seemed to agree with Feigin suggesting that the district court had been correct to exclude the 2011 evidence because it had never been proven and could be misleading to the jury.

Justice Samuel Alito asked sarcastically at one point whether a district court had to adopt a policy of "anything goes" when it comes to admitting testimony. Justice Brett Kavanaugh said he viewed a district court judge as having a "gatekeeping role" to keep out unsubstantiated evidence, and Justice Amy Coney Barrett noted that rules allow information to be excluded if it is "misleading."

But liberal justice Elena Kagan said that the evidence was the kind that should be admitted, especially because it was so central to Tsarnaev's case. She wondered if it didn't represent a "classic case" of evidence that might be "highly relevant."

She said the jury should have been able to consider it during its own deliberations -- "that's what a jury is supposed to do." Her liberal colleague Justice Stephen Breyer seemed to agree, noting that Tsarnaev "had no other defense." Justice Sonia Sotomayor also said that the district court hadn't done enough to make sure jurors hadn't been influenced by pre-trial media reports. "There was a whole lot of different kinds of publicity," she said.

It is unclear whether, even if Tsarnaev's death penalty is reinstated, he would actually be put to death. In July, Attorney General Merrick Garland imposed a moratorium on federal executions while the Justice Department reviews policies and procedures. Barrett brought up that question in court asking: "What is the government's end game here?"

"So the government has declared a moratorium, but you are here defending death sentences," she said.

Over the years, survivors and family members have split on whether Tsarnaev should get the death penalty. In 2015, Bill and Denise Richard penned an op-ed for The Boston Globe after losing their 8-year-old son, Martin. "We know the government has its reasons for seeking the death penalty, but the continued pursuit of that punishment could bring years of appeals and prolong reliving the most painful day of our lives," the Richards wrote.

Jennifer Kauffman said she was watching the race when the first bomb detonated and she suffered hearing loss, heart arrhythmia, internal bruising and swelling. She said she is against allowing another penalty phase to proceed.

"I know there are some people who do not agree with me and that is okay," she told the Globe. "I believe we all have the right to speak up, share our voices, and we each have the freedom to speak our truths even though we may disagree. I only hope we can do so from a place of compassion, kindness and respect for one another."

In a statement to CNN, Mikey Borgard, another survivor, said he thought the lower court was right to overturn the death penalty. "It identified serious problems regarding jury selection and exclusion of crucial mitigation evidence," he said.

He also called the death penalty "barbaric." "I cannot bear the thought of a human life extinguished on my behalf," he said.

But Helen Zhao, the aunt of victim Lingzi Lu, said the court "should not have overturned the verdict." She said she hopes the "next one will come to the same verdict" because "if we give up, basically we lost to him."

This story has been updated with the court's oral arguments Wednesday.