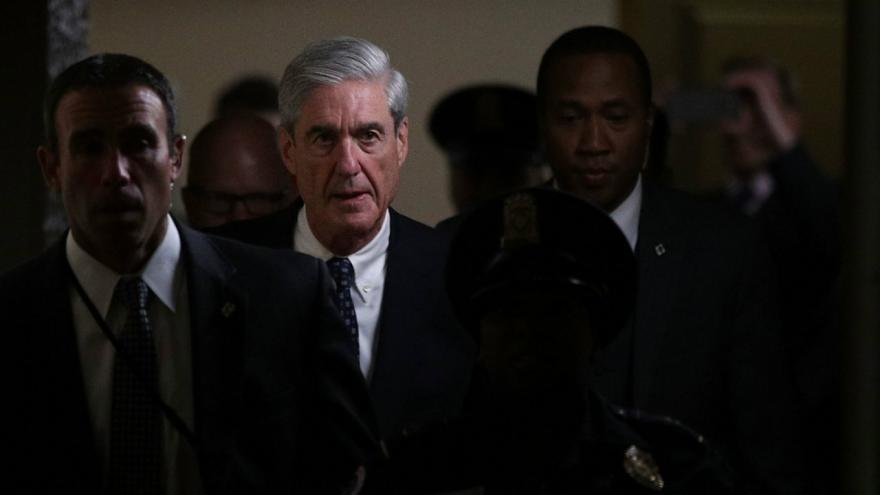 The justices, in an unsigned order, granted the administration's request to file redacted copies of briefs filed under seal at an earlier point in a case concerning a mystery company that is fighting a subpoena related to the grand jury. The ruling gives the potential that more information will eventually become public.

The case concerns an unnamed foreign government-owned corporation that is fighting a grand jury subpoena. Lower courts said the company must turn over the information and imposed escalating fines for non-compliance. The company is also asking the Supreme Court to take up its appeal.

The court also denied a motion for a group, the Reporter's Committee for Freedom of the Press, to intervene in the case.

For months now, the case related to a grand jury investigation has been one of the closely watched and guarded secrets among Mueller's work.

A company wholly owned by a foreign government brought the case last year, after receiving a grand jury subpoena from Mueller's team for information. The company -- which, in more recent court filings, considers itself interchangeable with the unnamed country that owns it -- lost its challenge before the trial court and a federal court of appeals in Washington to avoid turning over the information.

It was fined $50,000 a day for noncompliance. But the company wanted to continue to fight, arguing that foreign countries should be immune from actions in criminal cases like these. Both courts disagreed, ruling quickly against the countries' efforts. The Supreme Court hasn't yet decided whether it will review the case.

Previous unsealing efforts in the courts have revealed that the foreign country and company are represented by the law firm Alston & Bird, that the case subpoena originated with Mueller prosecutors Zainab Ahmad and Scott Meisler and that the DC US Attorney's Office got involved in the appeal.

The name of the country and the company still haven't been revealed.