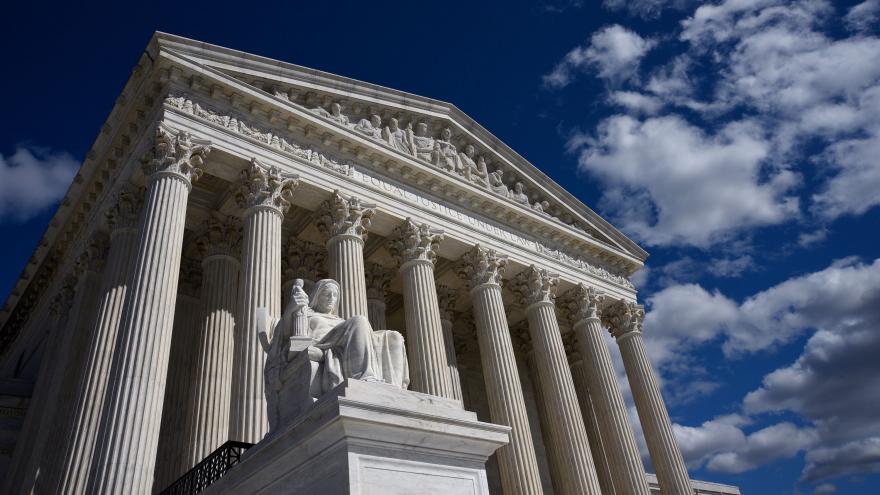 A 1975 California law that allows union organizers to gain access to the property of agricultural employers during limited time frames to speak to workers about union membership is being challenged. - Robert Alexander/Getty Images

(CNN) -- Mike Fahner, who owns a strawberry nursery in Dorris, California, says his business was stunned back in 2015 when at 5:00 a.m, without any prior notice, union organizers burst onto his property.

"We had strangers on bull horns marching up and down our hallways in our sheds," Fahner said during a recent press call organized by his lawyers. "It was surreal, frightening, a bit scary and wrong."

Now he's taking his case to the Supreme Court. He is arguing against a 1975 California law that allows union organizers to gain access to the property of agricultural employers during limited time frames to speak to workers about union membership.

While no other state has a similar law, the dispute pits agricultural businesses against big labor unions and raises questions concerning when the government can allow access to private property without compensation.

The California Agricultural Labor Relations Act of 1975 allows union organizers to enter the property of a business three times a day for 120 days a year. The organizers are permitted a visit of one hour to speak to workers at break time.

While the unions don't need to obtain the employer's consent before entering the property, they have to file written notice of their intent with the state Agricultural Labor Relations Board.

California has defended the law, saying it was put in place back in 1975 because farmworkers are typically inaccessible to union organizers due to the fact that they are sometimes migratory, following one harvest to the next, living in temporary housing and lacking modern technology and English language skills.

Fahner's Cedar Point Nursery is represented by the conservative Pacific Legal Foundation, that points to the Fifth Amendment that reads in part that private property cannot be taken by the government for public use "without just compensation."

They argue the California regulation which allows the union members onto the property against the wishes of the nursery amounts to the "taking" of the property and the nursery should be compensated. In other words, they equate the visits -- which allow the unions to access private property -- as a permanent physical invasion of property. They say it doesn't matter that entry is allowed only during a limited time frame. What matters to them is that the right to access is permanent.

"We are a foundation dedicated to private property rights, we believe this case is important because if the government can take your property -- without compensation -- simply by placing a time limitation on the entry, then your property is no longer private," said Joshua P. Thompson, the foundation's director of legal talent, in an interview.

Cedar Point Nursery employs about 100 full time workers and some 400 seasonal workers. A second business behind the challenge is the Fowler Packing Company that ships grapes and citrus and is headquartered in Fresno.

What courts have said

The lower courts ruled against the nursery, holding that the right of access to the property does not qualify as a "taking" under the law because the access is not permanent. The 9th US Circuit Court of Appeals noted that the regulation did not "allow random members of the public to unpredictably traverse their property 24 hours a day, 365 days a year."

If the growers were to win, California's Deputy Solicitor General Joshua Patashnik argued, it would "imperil an array of state and federal policies authorizing limited access to private property for a variety of purposes, including health and safety inspections, social welfare visits, utility repairs, and hunting and fishing."

It's a position supported by the Service Employees International Union, whose lawyers told the court that the law was necessary to "balance the interest in informing farmworkers about the advantages of self-organization with the property interests that agricultural employers have in their open fields."

The agricultural businesses drew the support of the Trump Justice Department, that filed a brief with the court before the election arguing the that the California law triggers concerns because it amounts to permanent access to the land, not "sporadic, temporary invasions."

But Elizabeth Prelogar, the acting solicitor general for the Biden Justice Department, filed a letter with the court recently informing the justices that the government has changed its position in the case.

Prelogar stressed that the California law does not trigger constitutional concerns because it does not allow a permanent occupation of property. "Rather, the access authorized is temporary and limited in nature."