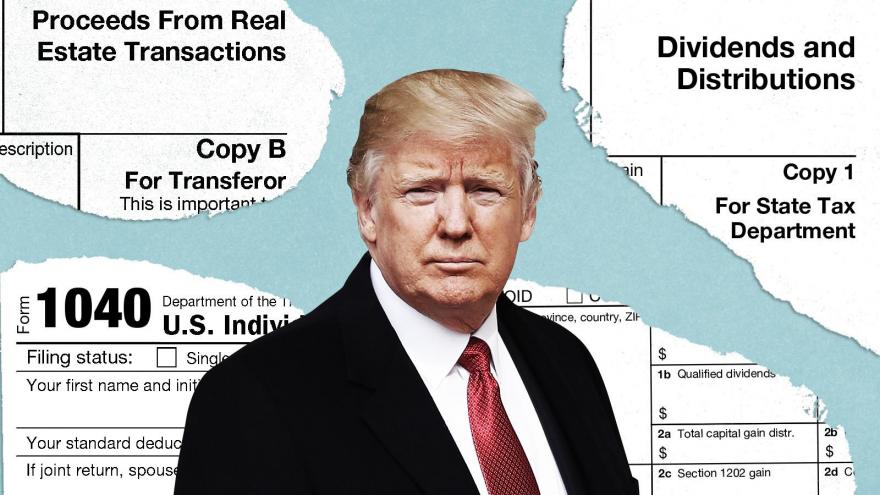 The Supreme Court is expected to issue opinions in two cases concerning access to President Donald Trump's financial records on Thursday, the final day of the term, the court announced on Wednesday.

(CNN) -- The Supreme Court is expected to issue opinions in two cases concerning access to President Donald Trump's financial records on Thursday, the final day of the term, the court announced on Wednesday.

The cases tackle whether Trump can stop the Democratic-controlled House of Representatives from getting his financial and banking records from his accounting firm and banks and whether the President can block a subpoena from a New York prosecutor seeking his tax returns.

At oral arguments, the justices focused on Trump's effort to shield his documents but they also prodded the lawyers to look into the future and gauge how an eventual decision will impact the separation of powers and the White House's broad claims of immunity.

Trump's attorneys argued that that the House subpoenas were "unprecedented in every sense" and they asked for "temporary presidential immunity" against a subpoena from a New York prosecutor for Trump's tax records.

The Supreme Court is taking an unusually long time to complete its term this year, with decisions in three cases still under wraps more than a week after the justices would have typically cleared out its docket for the season.

The coronavirus pandemic can be partly blamed for the delay. Already, the justices broke tradition in May by holding oral arguments over the phone and broadcasting them live as much of the country was under lockdown.

The release of any Trump financial documents before the election could be another bombshell for the President in an already dramatic year.

The court is also set to release an opinion in a case concerning the limits of tribal sovereignty and what constitutes a reservation under the law, deciding whether the eastern part of Oklahoma qualifies as an American Indian reservation, where suspects must be tried for major crimes by the federal government.