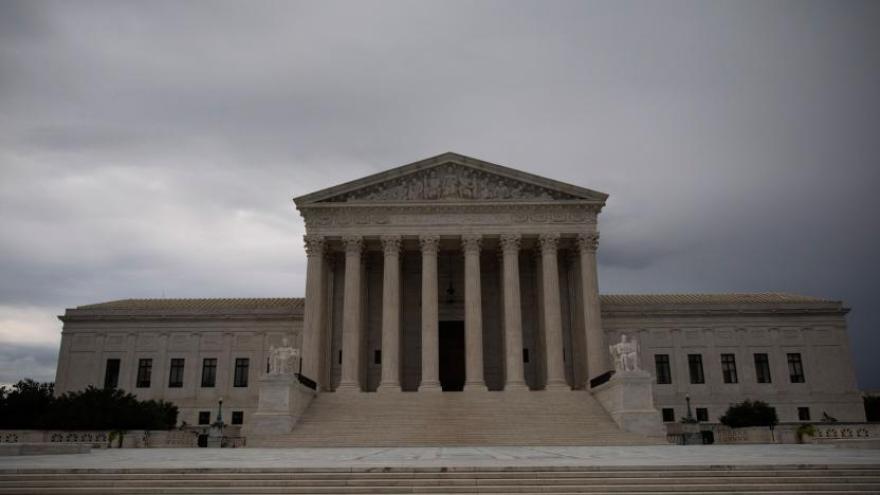 (CNN) -- The Supreme Court on Thursday ruled in favor of a death row inmate in Georgia who is challenging the state's lethal injection protocol and seeks to die by firing squad -- a method not currently authorized in the state.

The court said the inmate could bring the challenge under a federal civil rights law that allows individuals to seek remedies when their Constitutional rights are violated. The decision could make it easier for inmates to challenge their potential execution method.

Kagan said that the law at issue, Section 1983, "broadly authorizes suit against state officials for the deprivation of any rights secured by the Constitution."

"Read literally," she said, "that language would apply to all of a prisoner's constitutional claims."

Barrett, in her dissent, countered: "An inmate can use §1983 actions to challenge many, if not most, aspects of prison administration. But when a challenge would prevent a State from enforcing a conviction or sentence, the more rigorous, federalism-protective requirements of habeas apply."

Although Barrett noted that she "understand[s] the impulse" for prisoners to use civil rights suits rather than habeas petitions to bring such claims given the obstacles to the latter, she concluded that the proper forum for such challenges are state, rather than federal, courts.

Matthew Hellman, a partner at Jenner & Block who represented the inmate, said in a statement Thursday that the decision gives the inmate "a pathway to seek a humane and lawful execution."

"We're very gratified by the Court's decision, which confirms that prisoners have judicial recourse to seek protection from cruel and unusual punishment," Hellman said.

Michael Nance, sentenced to death in 2002, argued that Georgia's lethal injection protocol would amount to cruel and unusual punishment in his case because he has compromised veins. He is seeking to die by firing squad, a method that is not currently a part of Georgia's protocol.

In 1993, he stole a car and drove it to a bank in Georgia. He entered the bank carrying a revolver and wearing a ski mask and demanded the tellers put money in a pillowcase. The tellers slipped two dye packets into the bag which released red dye and tear gas when Nance returned to his car. He abandoned the money, ran to a nearby parking lot and shot an innocent bystander, Gabor Balogh, in an attempted carjacking.

At issue before the justices was how Nance could bring his challenge. Supreme Court precedent requires a prisoner challenging his method of execution to identify an alternative method of execution that would not violate his constitutional rights. Nance, however, suggested a method -- firing squad -- that is not currently authorized in Georgia. He had exhausted his ability to bring a habeas claim in federal court, and his only remaining option was to use Section 1983 of civil rights law.