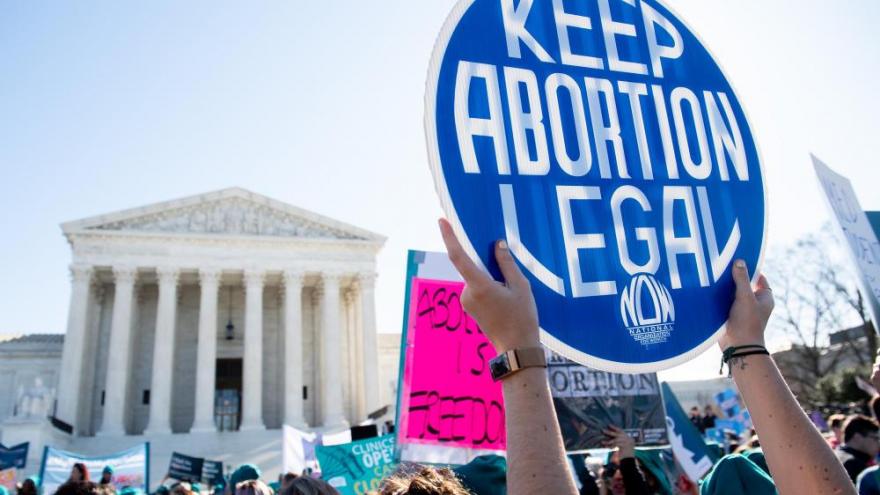 Activists supporting legal access to abortion protest during a demonstration outside the US Supreme Court in Washington, DC, March 4, 2020.

Lower courts have split on the Trump administration's regulation, which critics call a "gag rule" and is currently in effect in most states.

The court's decision comes after President Joe Biden signed a presidential memorandum directing the Health and Human Services Department to immediately move to consider rescinding the rule, and as abortion opponents looking for a Supreme Court fight over reproductive rights, most recently in South Carolina, continue to advance state restrictions on the procedure.

The justices consolidated three cases concerning the rule to hear in a single challenge, the court announced on Monday.

The rule concerns Title X, a federally funded program that served about 4 million people a year in 2019, according to HHS. It provides resources including contraception, breast and cervical cancer screenings, and preventive education and testing for sexually transmitted diseases and HIV -- but not abortions. Previously, the clinics had been allowed to offer abortion counseling and provide referrals.

The American Medical Association, the main industry group for doctors, and other health care and reproductive rights groups asked the Supreme Court to block the rule in October. Later that month, 21 states and the District of Columbia filed another challenge over the rule, as did then-HHS Secretary Alex Azar against the city of Baltimore.