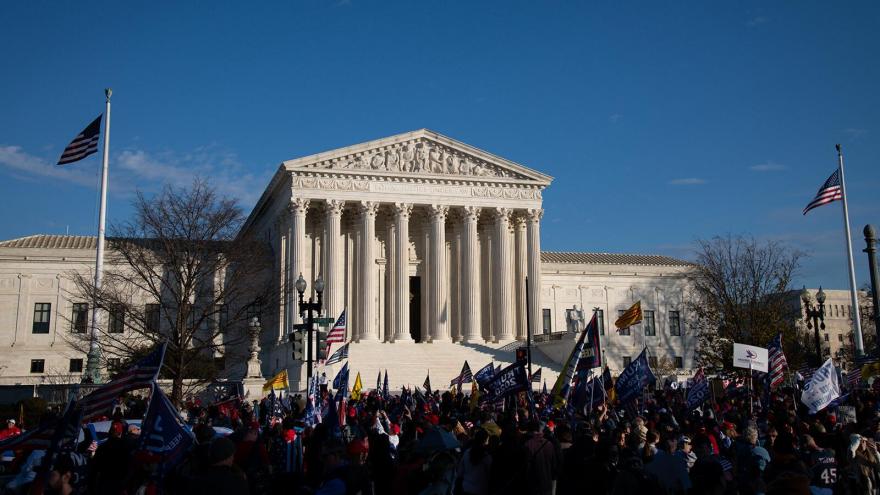 (CNN) -- The Supreme Court on Friday threw out a challenge to President Donald Trump's bid to exclude undocumented immigrants from being counted when seats in Congress are divvied up between the states next year.

The court said the challengers, a coalition of states led by New York and immigrant rights groups, did not have the legal injury necessary to bring the case because the government has not yet announced which individuals it seeks to exclude.

The three liberal justices dissented from the opinion, and the issue is likely to return at a later date.

Friday's ruling is a narrow victory for Trump as it wipes away a lower court opinion that went against him, but he still has upcoming hurdles. Census officials have indicated that they are having difficulties processing census responses in time to produce the final count by an end of the year deadline.

If the numbers are produced after January 20, President-elect Joe Biden has already suggested he would work to reverse Trump's order.