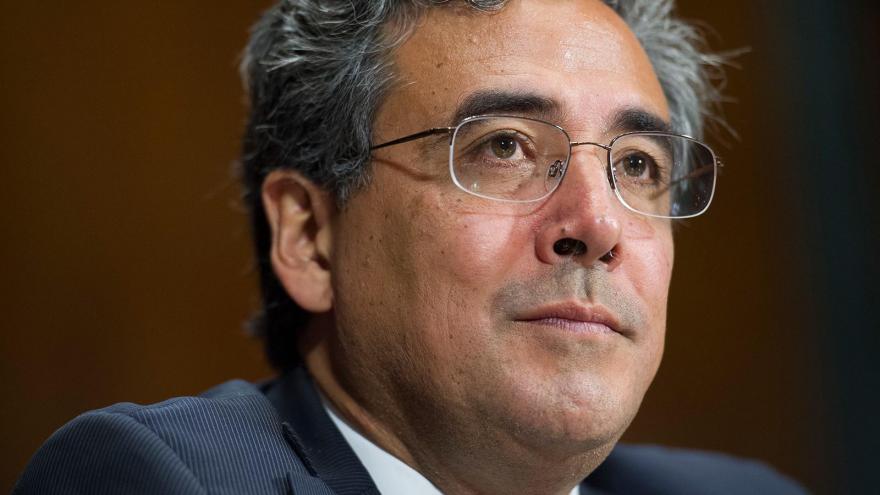 The case is the latest dispute concerning Obamacare to come before the justices and pits supporters of the contraceptive provision against those who say it violates their religious and moral beliefs. President Donald Trump pledged from the Rose Garden in 2017 that he would prevent the federal government from "bullying and even punishing Americans for following their religious beliefs."

Wednesday's arguments will be the third time the justices, because of the coronavirus, hear oral arguments by telephone. So far, there have only been minor technological glitches as the court and the lawyers grapple with the new system. Instead of a free-for-all, the justices are asking their questions in order of seniority with Chief Justice John Roberts going first.

Justice Ruth Bader Ginsburg will join the teleconference from a hospital, where she is being treated for a benign gallbladder condition, a court spokeswoman said in a statement.

One unexpected consequence is that Justice Clarence Thomas -- who once went a decade without asking a question -- has been an active participant, launching questions to advocates on both sides of the case.

The Affordable Care Act requires many group health plans and health insurers that offer health coverage to provide coverage for contraceptives, without cost sharing. Churches and houses of worship are exempted and other entities such as religious universities, hospitals or charities with religious objections get an accommodation. The accommodation means that plan participants will still receive the coverage, but indirectly through the employer's health insurance company.

Over 61.4 million women in the US have birth control coverage with zero out-of-pocket costs, according the National Women's Law Center.

After Trump took office, the government moved in 2017 to allow exemptions for more employers. That includes not only those entities with religious objections, but also nonprofits, small businesses and individuals that have non-religious moral objections. The government did not extend moral exemptions to publicly traded businesses.

Pennsylvania and other states challenged the federal government move in court, arguing in part that they would have to step in and provide coverage for women seeking coverage.

A federal appeals court blocked the rules nationwide, holding that the states would suffer irreparable harm and "unredressable financial consequences" from subsidizing contraceptive services and "providing funds for medical care associated with unintended pregnancies." The court said that the states' financial injury "outweighs any purported injury to religious exercise."

The Trump administration and the Little Sisters of the Poor, a Roman Catholic religious order for women, are asking the Supreme Court to reverse the lower court.

"This is a dispute that is fundamentally about the rights of religious people and it only makes sense to have the Little Sisters in the case to express that position," said Mark Rienzi, the president of the Becket Fund that is representing the religious order.

But Pennsylvania's Attorney General Josh Shapiro, joined by New Jersey's attorney general, told the Supreme Court that the lower court got it right. He pointed out that an accommodation is already in place that allows certain objecting employers to exclude contraception for the benefit packages and allowing third parties to provide the coverage directly.

"This approach," Shapiro said, "balances the employers' sincere religious belief with the health of their female employees."

He said that such a balance was "disrupted" when the Trump administration moved to allow more people, including publicly traded corporations and large universities, to receive an exemption.

"The existing accommodation respects both the health of women and the religious liberty interests of employers," he argued.

The American Civil Liberties Union filed a brief supporting the states noting the Supreme Court has already extended the accommodation for a chain of stores in a case called Burwell v. Hobby Lobby, in 2014 and other "closely held" for profit companies.

"Religious liberty is a fundamental value -- but allowing companies and universities to use religious beliefs to block employees' and students' birth control coverage is discrimination, not religious liberty," said Brigitte Amiri, deputy director of the ACLU Reproductive Freedom Project.

Twenty states and the District of Columbia support the states as well as House Speaker Nancy Pelosi and 185 other members of Congress.

Texas and 19 other states support the Trump administration and the Little Sisters, arguing that some employers "believe sincerely that it is incompatible with their religious convictions to provide health insurance when it means contracting with a company that then, because of that relationship, becomes obligated to provide contraceptives that the employers regard as abortifacients."

After the Little Sisters case, the justices will consider the fate of a 1991 law that prohibits unwanted calls, sometimes referred to as "robocalls," to cell phones.

The case pits consumers seeking respite from the calls against pollsters and fundraisers who are pressing for such automated technology to solicit donations or send politics-related messages.

The Telephone Consumer Protection Act was enacted as a response to intrusive phone calls. But the ban does not cover all calls. One exemption, added by Congress in 2015, concerns calls related to debts owed to the federal government. The government argued that the provision was necessary to ensure that debts owed to the United States could be collected as quickly and efficiently as possible.

Opponents of the law say that the exemption is unconstitutional, and because of that, the rest of the law should fall.

A federal appeals court ruled last year in favor of the political organizations, holding that the government-debt exception to the law violated the First Amendment because it banned some calls based on content, but allowed other types. The Justice Department, the court held, failed to provide a compelling reason for the law and it had other means to collect the government debt.

But the court stopped short of invalidating the entire law.

Now the Justice Department is appealing the decision to the Supreme Court. Solicitor General Francisco argues that the unlike other robocalls, calls to collect government backed debt serve a "significant public and governmental interest in protecting the federal fisc."