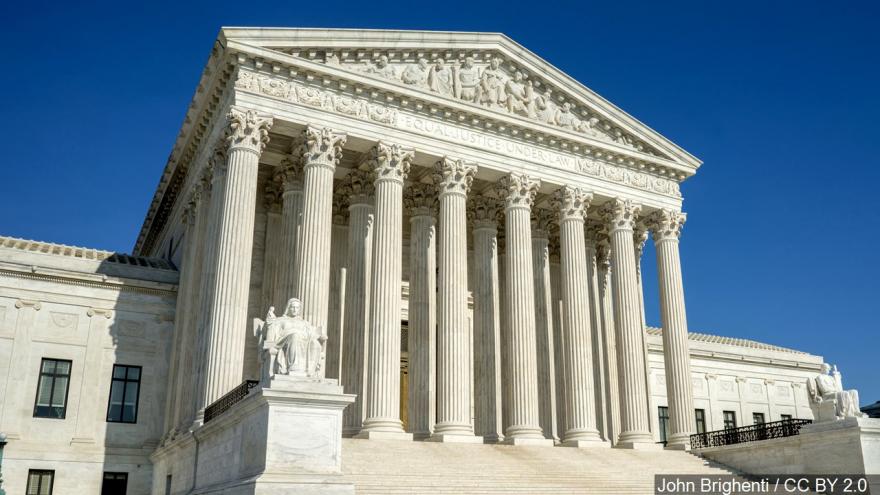 (CNN) -- The Supreme Court turned away a major challenge to the federal government's lethal injection protocol on Monday, a win for the Trump administration that has set execution dates to begin mid-July after a nearly two-decade lapse.

In 2019 Attorney General William Barr's moved to reinstate the federal death penalty, underscoring the stark law-and-order philosophy of the Trump administration. At the time, he directed the head of the Bureau of Prisons to execute five inmates he said represented the "worst criminals."

The Bureau of Prisons adopted a new lethal injection protocol consisting of a single drug, pentobarbital.

The federal inmates involved in the appeal were Daniel Lewis Lee, who killed a family of three, including an 8-year-old girl; Wesley Ira Purkey, who raped and murdered a 16-year-old girl; Alfred Bourgeois, who tortured and killed his own 2-year-old daughter; and Dustin Lee Honken, who shot and killed five people, including two young girls.

Although the order was unsigned, Justices Ruth Bader Ginsburg and Sonia Sotomayor said they would have heard the challenge.

"The prisoners in these cases have other challenges that have not been fully decided yet, but this was perhaps the central legal objection to Barr's reinstitution of the federal death penalty," said Steve Vladeck, CNN Supreme Court analyst and professor at the University of Texas School of Law. "Today's ruling removes a major obstacle to the resumption of federal executions, but not the only one."

A district judge blocked the executions from going forward, holding that the protocol conflicts with the Federal Death Penalty Act, which requires adherence to a state's method of execution. US District Judge Tanya Chutkan of the District of Columbia Circuit put the executions on hold, ruling that a delay would not hurt the government, particularly because it has waited several years to announce a new protocol.

Chutkan said the public interest is not served by "executing individuals before they have had the opportunity to avail themselves of legitimate procedures to challenge the legality of their executions."

Lawyers for the inmates argued that the government is trying to push the issue forward even though it took eight years to create a new execution protocol.

"From the moment it announced the protocol on July 25, 2019, the government has rushed the process in order to carry out executions without meaningful judicial review of the legality and constitutionality of the new execution procedures," said Cate Stetson, a lawyer for the inmates.