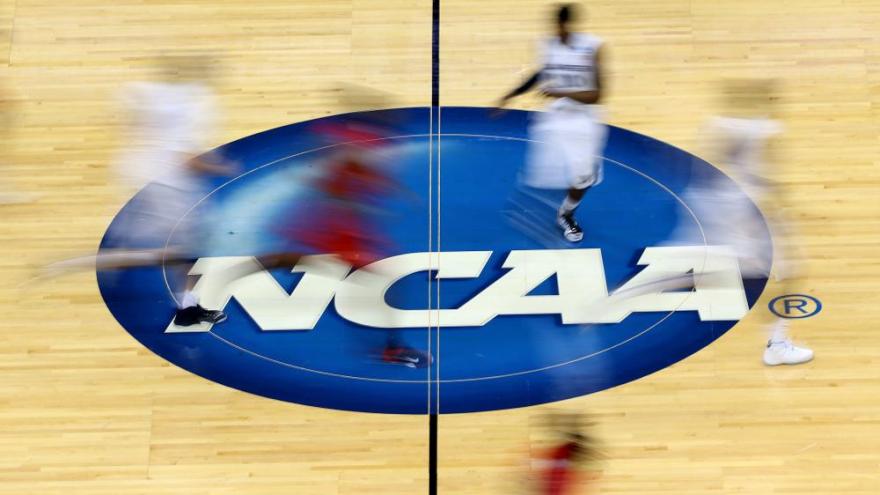 Mississippi Rebels and Xavier Musketeers players run by the logo at mid-court during the second round of the 2015 NCAA Men's Basketball Tournament at Jacksonville Veterans Memorial Arena on March 19, 2015 in Jacksonville, Florida.

(CNN) -- Supreme Court Justice Elana Kagan on Tuesday denied a request from the National Collegiate Athletic Association to freeze a lower court ruling that allows colleges to compensate athletes for education-related expenses, clearing the way for the ruling to go into effect.

The NCAA asked the court to put the lower court ruling on hold while it appealed the decision. A panel of judges on the 9th US Circuit Court of Appeals upheld a ruling earlier this year that the NCAA violated federal antitrust law when it barred schools from certain expenditures for student athletes.

The lawsuit was brought by former West Virginia running back Shawne Alston in 2014 when he and his attorneys argued that NCAA rules that place any limit on compensation from universities to athletes violated antitrust law. The NCAA has argued that additional compensation beyond scholarships blur the line between college and professional sports. The association also said its rules are necessary to maintain the tradition of amateurism in college sports.

"Each year, nearly half a million student-athletes play two dozen sports on nearly 20,000 teams at about 1,100 NCAA member schools and 100 member conferences in three divisions across the country," Seth Waxman, attorney for the NCAA argued in court papers.

Donald Remy, chief legal officer for the NCAA, told CNN in a statement Tuesday that the NCAA "will comply with the injunction as required."

This latest challenge now allows schools to give money to athletes for expenditures like computers, study abroad scholarships, paid internships, musical instruments and other products and services related to academic pursuits. Bans against direct cash payments remain in effect.

A class of college football players and Division I basketball players brought the challenge. CNN reached out to Jeffrey L. Kessler, an attorney for the athletes, for comment on Tuesday.

While the stay on the lower court's decision has been denied, the NCAA is appealing to the Supreme Court which will decide whether to take up the case.

"Indeed, the Division I Council will meet tomorrow to put in place an immediate implementation plan. Given the adverse impact of the 9th Circuit's decision on college athletics, the legal reasoning of the lower courts' decisions, and the conflict created with other federal circuits, notwithstanding the failure to secure a stay, we will ask the Supreme Court to review the legal errors," Remy said in a statement.

In 2016, the Supreme Court let stand an opinion that said the NCAA could not limit schools from giving scholarship funds including costs of attendance at schools.