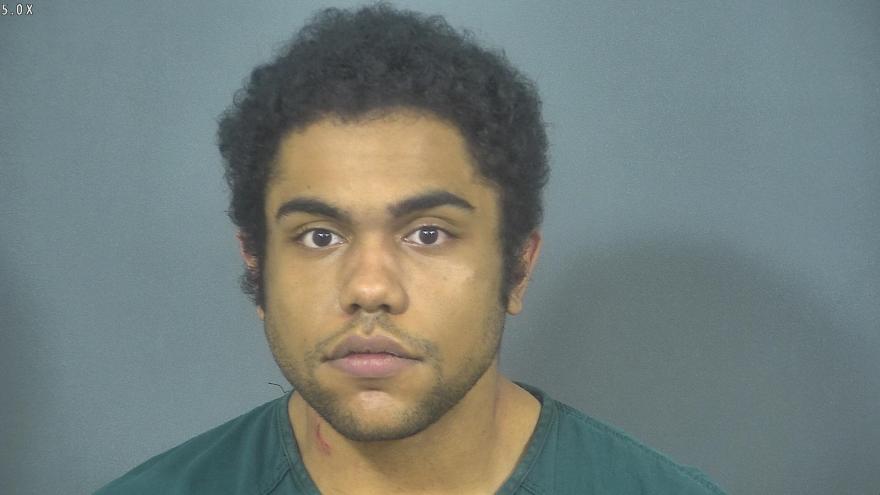 ST. JOSEPH COUNTY, Ind.—A suspect was arrested and charged after he allegedly broke open an apartment door lock and bit off a man’s fingernail, according to the probable cause affidavit.

According to court documents, police responded to a 911 call at the Irish Hills Apartment Complex just before midnight on May 4.

Officers arrived to hear noise coming from the third floor.

Once on the third floor, three people, identified as Mikkel Sanchez, Hailey Hamiliton and Charles Parent, were located in an apartment.

Both Sanchez and Hamilton live in the apartment, police said.

According to court documents, Sanchez told police that they had ignored several knocks on their door but left their apartment when they heard a fire alarm. When they returned, the knocking and pounding on their door continued.

Then, the locked door was broken open and Parent, whom they know, entered the apartment, court documents said.

According to the probable cause affidavit, Parent pushed Sanchez through the apartment, into the bathroom and into the tub. When Sanchez tried to get Parent off of him, Parent allegedly bit Sanchez’s finger, tearing off the nail before also biting Sanchez in the bicep, drawing blood, court documents said.

Parent was arrested and charged with residential entry and two counts of battery resulting in moderate bodily injury. He is being held in the St. Joseph County Jail and is due in court on May 20.