Suspect arrested in death of Mississippi officer months away from retirement 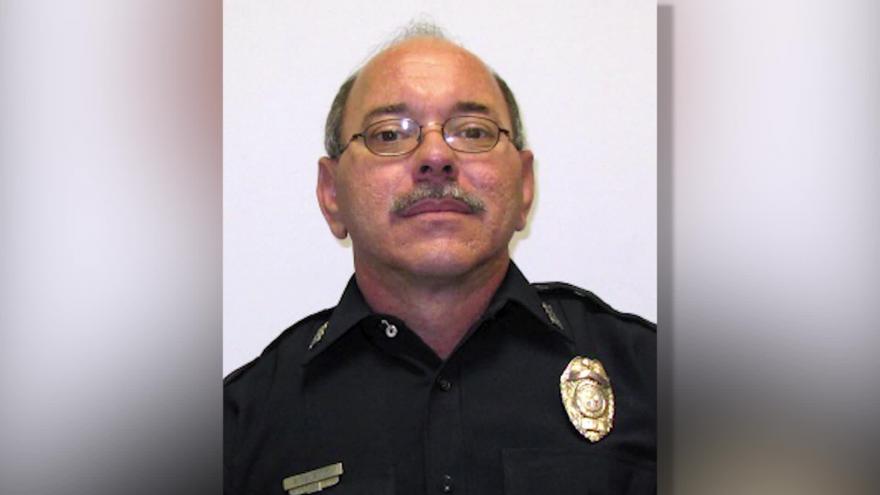 Robert McKeithen was an \"unbelievably fine\" police officer who planned to retire at the end of this year, the chief of police in Biloxi, Missippi, said. Photo courtesy of the Biloxi Police Department
By Ryan Prior, CNN

(CNN) -- Police have arrested a suspect in connection with the shooting death of a Biloxi police officer who was just months away from retiring.

Darian Atkinson was taken into custody on Monday after he was spotted walking down the street in Wiggins, Mississippi, Biloxi Police Chief John Miller said at a news conference. He is accused of killing Robert McKeithen in the parking lot of police headquarters Sunday night.

First responders took the officer to a hospital emergency room, where he died shortly before midnight, CNN affiliate WLOX reported.

The motive is still unclear. Authorities did not rule out this being a random attack.

A decorated officer and family man

McKeithen served the department for almost 24 years, Miller said. He was an "unbelievably fine" police officer who planned to retire at the end of this year, the police chief said.

During the aftermath of Hurricane Katrina, McKeithen and four other officers received a medal of valor for saving four special needs children "who undoubtedly would have perished" without them, Miller added.

He leaves behind a wife, a daughter, two stepsons, and a stepdaughter, Miller said. "He was a wonderful family man. That's where he spent all of his time, with his family."

Biloxi Mayor Andrew Gilich told WLOX police officers "will lay down their lives for you."

He said officers report for duty knowing they "may not come back from a shift, and that's scary. But that also tells you something about the person that does this. And of course Robert was that kind of person."