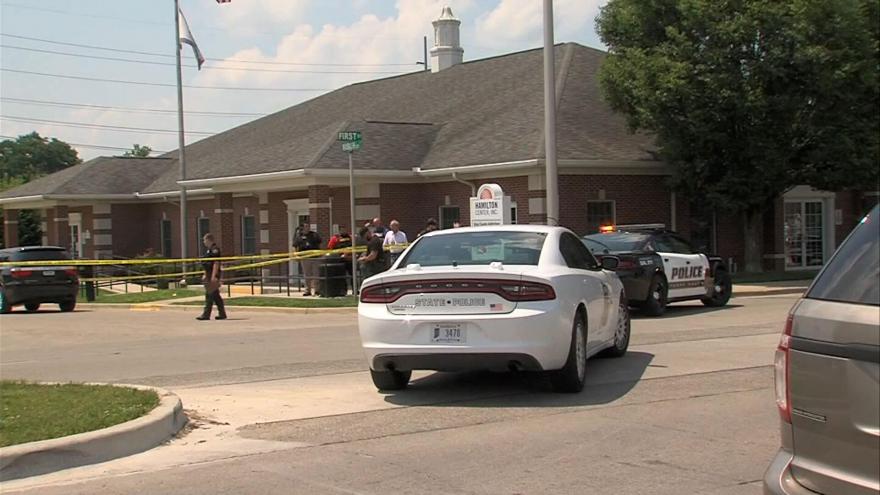 An Indiana police officer was fatally shot on Wednesday, July 7.

(CNN) -- The man who allegedly shot and killed a veteran Indiana officer serving on an FBI Task Force in Terre Haute, Indiana, was charged Thursday with murdering a federal agent, according to officials.

FBI Task Force Officer Greg Ferency was "ambushed and fatally shot" outside of the FBI Indianapolis Resident Agency in Terre Haute around 2:15 p.m. ET on Wednesday, according to FBI Special Agent-in-Charge Paul Keenan.

On Thursday, authorities identified the suspect as Shane Meehan, 44, and charged him with murdering a federal agent, according to the U.S. Attorney's Office, Southern District of Indiana.

Meehan allegedly drove his pickup truck to the FBI Indianapolis Resident Agency and threw a Molotov cocktail at the federal building, according to an affidavit from FBI Special Agent Matthew Cook, filed in support of the criminal complaint.

Shortly after, Ferency walked out of the building. He and Meehan exchanged gunfire, and Ferency later died of his injuries, according to the court document.

Hearing the gunshots, FBI Special Agent Ryan Lindgren ran out of the building and engaged Meehan in a gun battle, the affidavit says, adding that Meehan was shot two times, though it's unclear if Ferency or Lindgren fired those shots.

Despite being shot, Meehan fled in his truck and was subsequently located at the Vigo County Regional Hospital in Terre Haute, where he underwent surgery for gunshot wounds, the affidavit said.

Meehan's attorney would not comment on the case Thursday evening.

The shooting will be reviewed by the FBI's Inspection Division, which will be "thorough and objective" and will be "conducted as expeditiously as possible under the circumstances," Keenan said.