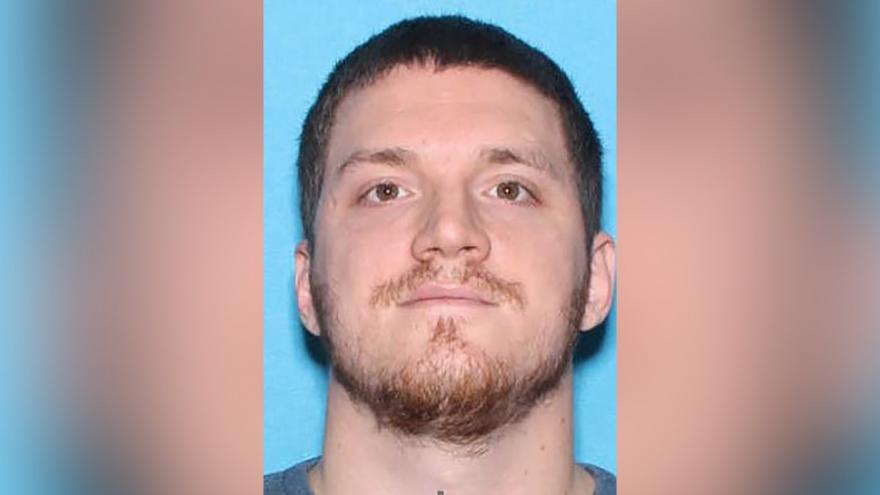 Grady Wayne Wilkes is the suspect in a fatal police shooting in Alabama. Source: Auburn U Campus Safety/Twitter

AUBURN, Ala. (AP) — A man opened fire on police responding to a call about a domestic disturbance in an Alabama mobile home park, killing one officer and wounding two others, authorities said Monday.

An intense manhunt led to his arrest hours later, not far from the Arrow Head Trailer Park, which is only a few miles from the campus of Auburn University, where students had been warned to be on alert. The Alabama Law Enforcement Agency described 29-year-old Grady Wayne Wilkes as armed and extremely dangerous, wearing camouflage body armor and a helmet.

The officers were met with gunfire when they responded late Sunday night to the disturbance call. The chief says there is no indication that the 911 call was fake. Police did say that no one else was harmed.

The Lee County coroner Bill Harris said one officer died in an emergency room. Two other officers were wounded and are expected to recover.

"This is probably the worst day of my time here," Auburn Police Chief Paul Register said. "Words cannot express the loss for this family, our family and this community."