Suspect in a deadly shooting inside a Washington state grocery store has been arrested, police say 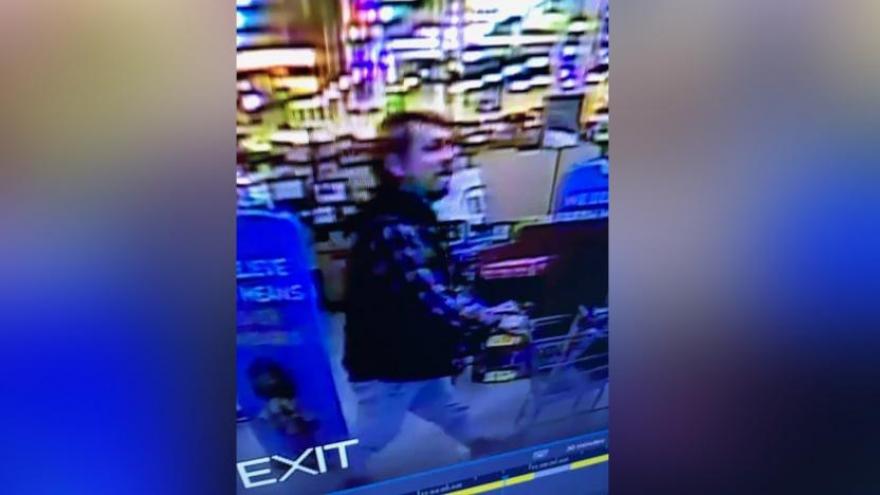 Police posted photos of a man they were looking to identify to social media following a deadly shooting at a Fred Meyer store in Richland, Washington

(CNN) -- The suspect in Monday's deadly shooting inside a grocery store in Washington state has been arrested, police said late Monday.

Police earlier described Kelly as "armed and dangerous" and identified him as the man they believe shot two people inside a Fred Meyer store in Richland on Monday morning, killing one person and injuring another.

CNN has reached out to the county public defender's office for comment.

He was arrested on Interstate 90 between Sprague and Spokane, police said, more than 100 miles northeast of where the shooting took place in southern Washington.

Bail on an arrest warrant for Kelly had been set at $1 million, Richland police Cmdr. Jon Schwarder said.

Police identified the person who died in the shooting as Justin Krumbah, 38. He was an Instacart shopper, the app's CEO Fidji Simo confirmed to CNN Tuesday.

"We are heartbroken as we mourn the loss of a member of the Instacart shopper community," Simo said in the statement, adding the company has reached out to Krumbah's family to "offer our support and ensure they have the resources they need during this incredibly difficult time."

"We're also in touch with members of the Instacart shopper community who were in the Richland area at the time of this incident to make sure they have the time and resources they need as they work to process and recover from these terrible events."

When Kelly entered the store, he was pushing a cart containing a duffel bag and a backpack, Richland's Interim Police Chief Brigit Clary said during a news conference Tuesday. Shortly after arriving, he had a 10-15 second interaction with Krumbah, produced a handgun and fatally shot him, Clary said.

Kelly and Krumbah had a conversation before the shooting inside the store, but it was not known what was said, Richland police Cmdr. Chris Lee said.

A store employee was injured in the shooting and remains in critical condition, Clary said.

Investigators said Tuesday Kelly had no link or relationship with either victim.

"Acquaintances of Kelly have described his condition to investigators as being in decline over the last few weeks and months," Clary said. "He has been described as distancing himself from friends and family."

Police received a call of multiple shots fired at the Richland store just after 11 a.m. Monday, and officers arrived within one minute, Richland Interim Police Chief Brigit Clary said during a news conference Monday. The officers immediately entered the store and found two victims near each other, and one of them had already died.

Kelly fled after the shooting, but it wasn't clear whether he left on foot or in a vehicle, Lee said.

Police later posted a photo to social media of a man pushing a shopping cart inside the store and asked that anyone who recognized him to contact investigators.

After posting the picture, police "had a lot of information flooding in regarding the suspect," Clary said.

The FBI, ATF and the state patrol are also involved in the investigation.

Several nearby schools went on lockdown after the shooting, but that was lifted Monday afternoon, police said.

Kelly was suspected of shoplifting from a Fred Meyer in the neighboring city of Kennewick last week, four days before the shooting in Richland, a police detective wrote in a probable cause affidavit filed Monday in Benton County Superior Court.

An employee of the store in Kennewick told authorities that Kelly was there Thursday, and "an employee took a photo of him" because workers suspected he was shoplifting, the affidavit reads.

"Employees knew him ... from previous shoplifting incidents," the affidavit reads.